Chairman of the Arunachal Pradesh Rural Bank (APRB) Dr. Deepak Kumar Gupta said that the bank has made a profit of Rs 12.33 crore in the financial year 2021-22 after paying tax of more than Rs 4 crore. 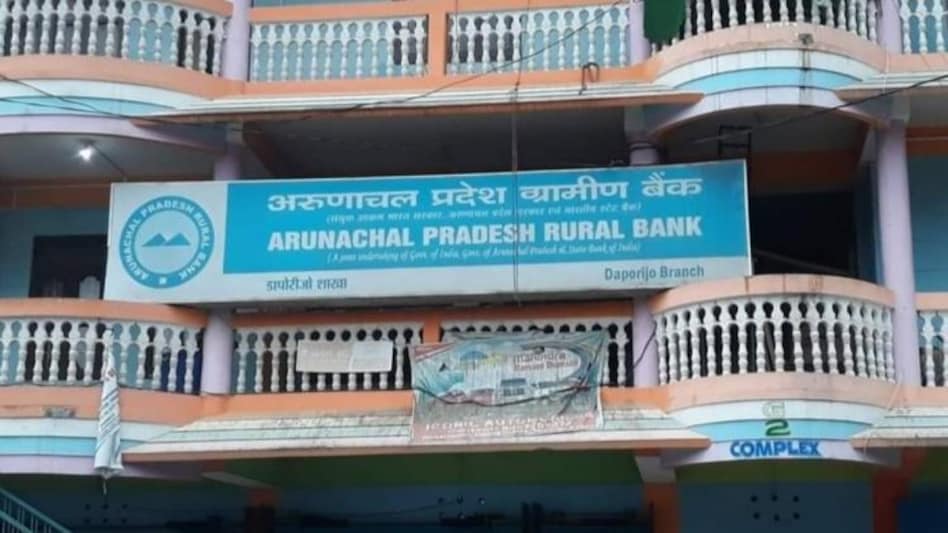 As China develops infrastructure across border areas, the Rural Bank of Arunachal Pradesh has been revived after going bankrupt, generating crores of rupees and assisting in the construction of infrastructure in the state's rural towns and villages.

Chairman of the Arunachal Pradesh Rural Bank (APRB) Dr. Deepak Kumar Gupta said that the bank has made a profit of Rs 12.33 crore in the financial year 2021-22 after paying tax of more than Rs 4 crore.

Talking exclusively to IndiatodayNE Gupta said that the bank, which had only Rs 6 lakh of profit in the year 2019, has jumped to Rs 12.33 crore of profit. Further, the bank is one of the highest taxpayers in the State. There are 35 branches all over the state.

Appreciating the present State Government for utilizing the services of APRB, he stated that it is a proud time for the people because the bank belongs to the State of Arunachal, wherein the state government owns 15%.
He said that the bank has sanctioned agriculture loans to the tune of Rs 15 crore to more than 1,500 beneficiaries and it is still going on. The bank has surpassed its deposit by more than Rs 1,100 crore.

"By this year we are targeting a deposit of not less than Rs 1,500 crore. Even if the State Government provides a small amount of help, the deposit may go up to Rs 2000 crore," he said, adding that the bank in the last year has opened more than 1 lakh accounts, wherein 80,000 accounts are from Customer Service Point (CSP).

"Moreover, the bank is now digitized with the launch of its own Mobile Banking facility. The bank will also soon install more than 10 new ATMs in different parts of the State for better customer service," he said.
The bank will also go live on all UPI platforms where customers can avail of online purchases through Google Pay, Paytm, PhonePe, etc, he added.

Dr. Gupta also appealed to the customers to come and open as many accounts as possible in the bank.
He also informed that the people can trust the bank since the management is under the direct control of the State Bank of India, Corporate Centre, Mumbai and it is fully controlled by Reserve Bank, NABARD and all the stakeholders.

"There is also no discrimination among the customers and every customer is treated equally with the best behavior. Moreover, all the loans are sanctioned in the head office itself," he said, informing us that the bank may have its own new branches by the year-end at Seppa, Dirang, Bomdila, and Tawang.