A horrific road accident took place at Balipara under Dibrugarh district this afternoon on September 27. 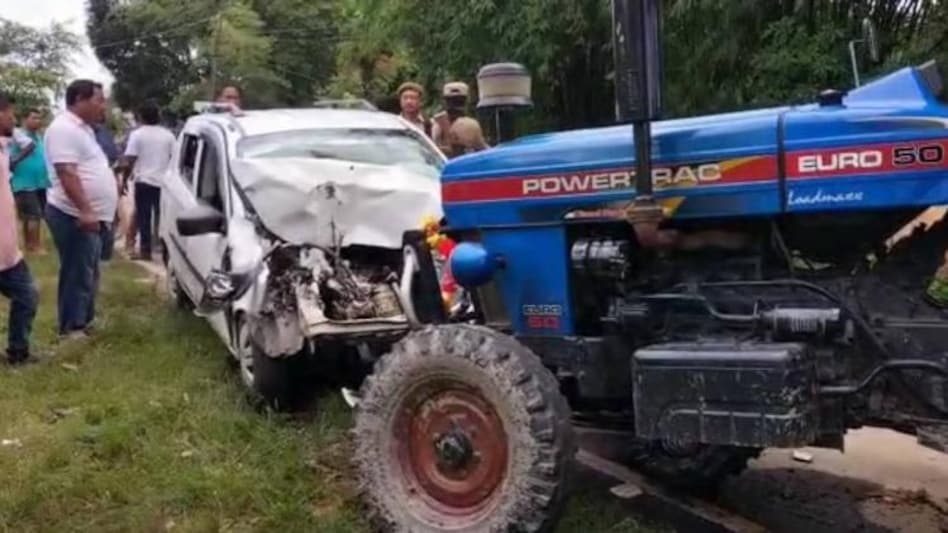 A horrific road accident took place at Balipara under Dibrugarh district this afternoon on September 27.

The accident took place due to a head-on collision between a passenger vehicle (Maruti Alto) bearing registration number AS 06 AA 9568 along with a tractor.

Meanwhile, five people were seriously injured in the accident. The injured persons were travelling in the Alto vehicle respectively.

Speaking to the media a police official said, "The incident was reported at around 12:40 PM wherein the alto car had a head-on collision with the tractor."

"The passenger car has been completely damaged and has called for a recovery van to clear off the road", he added.

It is to be noted that all the injured people are said to be from Sasni Amguri village.