News
Assam
Why an LP school in Assam-Meghalaya border continues to remain neglected?

Why an LP school in Assam-Meghalaya border continues to remain neglected?

Brindaban Lower Primary School, a 35 years old school which is situated along the Assam-Meghalaya border in Makoibari village in Lumpi area under Boko LAC (Legislative Assembly Council) is still not provincialized. 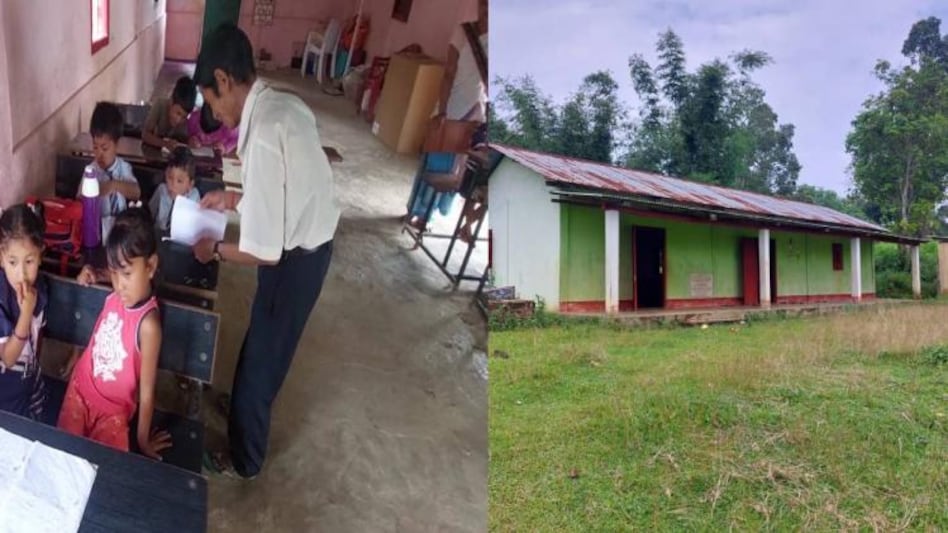 Brindaban Lower Primary School, a 35 years old school which is situated along the Assam-Meghalaya border in Makoibari village in Lumpi area under Boko LAC (Legislative Assembly Council) is still not provincialized. Children of the area have to walk 2 to 6 kilometres to Bhanubhakta LP School in Lower Lumpi for their primary education. It may be mentioned that Lumpi and the nearby villages are still under a very remote area in Boko LAC.

Om Prakash Shirish (75 years), founder head teacher of the Brindaban LP School is aggrieved, who continues to visit the school, and teach the students. “Earlier there were 30-50 students who studied in the school. Now many of them are government job holders, says Prakash Shirish.

“Two bighas of land in Makoibari village has already been sanctioned from the Boko revenue Circle for the LP School, but due to unknown reasons the school has still not been provincialized,” adds Prakash Shirish.

The teacher also added that the Central RTE Rules (The Right of Children to Free and Compulsory Education (RTE) Act, 2009) have notified the area or limits of neighbourhood to factor in distance norms one kilometre for children in classes I-V, where the distance between Brindaban LP School to Bhanubhakta LP School is around two kilometres. Now the problem arises that the children from Dharampur, Umarchiang, Makoibari villages have to walk 4 to 8 kilometres to attend their school which is Bhanubhakta LP School.

Local villagers are now requesting the Assam State Government and Assam CM to provincialize the Brindaban LP School for the children. Due to the hilly terrains, long distance and bad weather conditions, many times children fail to attend the school which affects their studies. They also lamented that higher officials, ministers and MLAs have visited the Brindaban LP School several times and promised to provincialize the school. But no one paid heed to the issue.