News
Tripura
Tripura: TMC stages protest against UP registered motorbikes in the state

Tripura Pradesh Youth Trinamool Congress surrounded the office of Tripura DG demanding immediate proper investigation of bikes with UP registration being brought into the state. 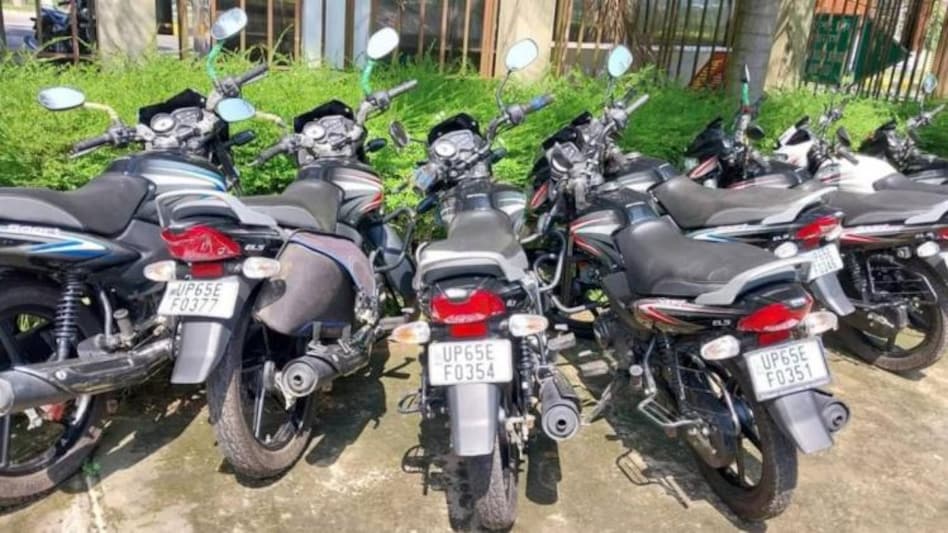 TMC stages protest against UP registered motorbikes in Tripura

Tripura Pradesh Youth Trinamool Congress surrounded the office of Tripura DG demanding immediate proper investigation of bikes with UP registration being brought into the state.

Notably, MP Sushmita Dev along with the president of Youth Trinamool Congress Santanu Saha led the protest as they raised slogans about why hundreds of motorcycles that are registered in Uttar Pradesh are being brought into Tripura.

Later speaking to reporters the Trinamool Congress MP said that the people of the state have the worst experience under BJP rule what is the condition of law and order and especially during the election of civil body and recent by-election where the ruling party goons also known as ‘bike bahini’ did not allow the voters to exercise their franchise.

She added that a photo of a large number of motorbikes with Uttar Pradesh registration being brought to Tripura has gone viral and has also been covered in several news is a matter of worry because it seems the party in power is trying to strengthen its goons by providing them these bikes.

Dev said that in this connection she had written to the DGP expressing he worries beside urging him to examine the matter but there has been no response from the other side and so to further press on the issue which is a serious concern for the people of the poll-bound state they came here.

Taking to twitter Sushmita Dev wrote, "Motorcycles with Uttar Pradesh registrations arriving at Tripura. Owners BJP ! Wrote to Director General of @Tripura_Police to look into it. The notorious Bike bahinis (gangs) are run by the people in power here. NCRB data on political violence in Tripura speaks for itself."

Wrote to Director General of @Tripura_Police to look into it.

The notorious Bike bahinis (gangs) are run by the people in power here.

NCRB data on political violence in Tripura speaks for itself. pic.twitter.com/LcZ7UiUGFX

Demanding an immediate reply from the police head the MP alleged that police have to ensure that everyone including the opposition is safe and can freely work in the state.

Meantime, former MP and CPIM state secretary Jitendra Chowdhury in a letter to the Tripura Chief Secretary and Chief Election Commissioner of India has also expressed his concern regarding these bikes.

In his letter he said “Several hundred bikes bearing registration number of UP(Uttar Pradesh) have been procured and parked in the premise of a Government-run Bhagat Singh Youth Hostel at Gurkhabasti, Agartala, Tripura since last one week. The Government has not yet divulged in whose name the bikes are registered in UP, why did the owners of these bikes allow those to be transported to Tripura, by whom those bikes were transported here, and by what kind of agreement those were procured and shifted here i.e. by sale deed, donation or on rental basis.”

He added: “The Tripura people have witnessed terrible attacks of the bike-ridden gangsters of the ruling BJP who carried on ransacking, looting, destruction, and arson of innumerable number of houses of the opposition party supporters since March 2018, from the very first day, the BJP got a majority in the Assembly election. The bike-ridden storm-troopers of the BJP left not a single office of any of the opposition parties which is not attacked, ransacked, and gutted. Some of the offices were attacked several times.”

“As the general election to state Assembly is scheduled in February next year, the people of the state have reason to apprehend these bikes would be misused to loot the voting rights of the people, particularly the opposition party supporters in the ensuing Assembly election.

In view of the above, it is fervently requested to order an impartial inquiry with competent authority to ascertain who procured these bikes and for what purpose, and whether those were transported to Tripura legally. In the event, the finding of the inquiry reveals any malafide intension, these must be confiscated immediately.”