The Pan-Arunachal Joint Steering Committee alleged that the former chairman of APPSC Nabam has not yet been interrogated by the Special Investigation Cell (SIC) and the Central Bureau of Investigation (CBI). 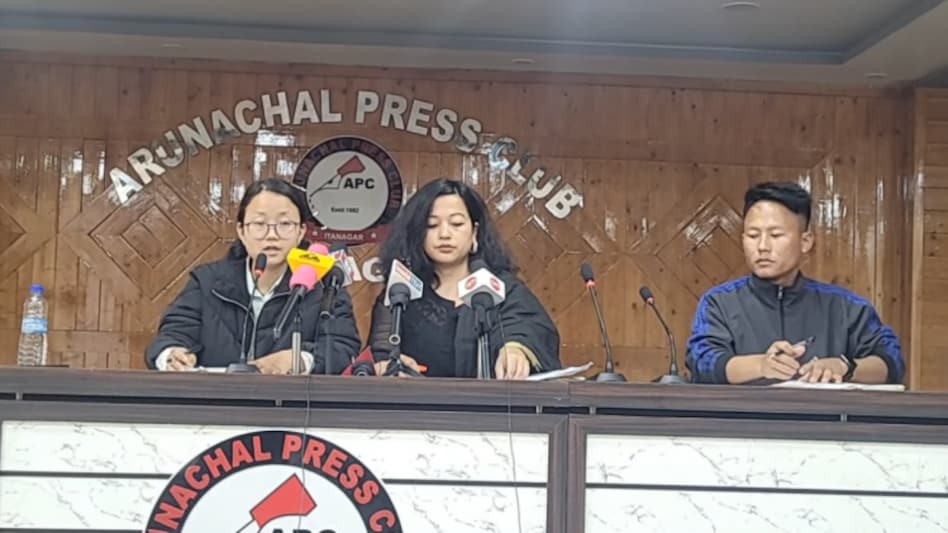 Addressing journalists during a press conference at the Arunachal Press Club, PAJSC-APPSC member Rakpi Bagra said, “In the 2014-’15 paper leak issue, he was member secretary. He became chairman at the end of 2017, and all this fiasco happened under his chairmanship.”

Further questioning the investigating agencies Rakpi Bagra alleged that Nabam has not yet been interrogated by the Special Investigation Cell (SIC) and the Central Bureau of Investigation (CBI) regarding his role in the APPSC paper leak scam.

"We will sit for the examination only if it is conducted by the Union Public Service Commission (UPSC)..have lost faith in the APPSC," said Bagra while addressing the media.

On the other hand, thousands of students of the North Eastern Regional Institute of Science & Technology (NERIST) Institute of Nirjuli took out a rally to protest against the infamous APPSC paper leak case.

The rally was staged following a meeting held on by representatives of the Northeastern states, including research scholars, postgraduate students, and members of the Students’ Union of the NERIST (SUN).

“Such protest is a vice versa. Even students from Arunachal Pradesh studying in our home states, such as Nagaland and Manipur, join such protests,” one of them said.

Meanwhile, all the student bodies under the SUN in different parts of the Northeast have also issued a condemnation letter over the APPSC paper leak case. All the letters will be sent to the office of the Raj Bhavan in Itanagar on Monday, the protestors said.

SUN president Nuilum Sikom, general secretary Tamar Kaji, and representatives from other student bodies under the NERIST took part in the rally.