Arunachal Beefs Up Security along Bordering areas with Assam amid Lockdown 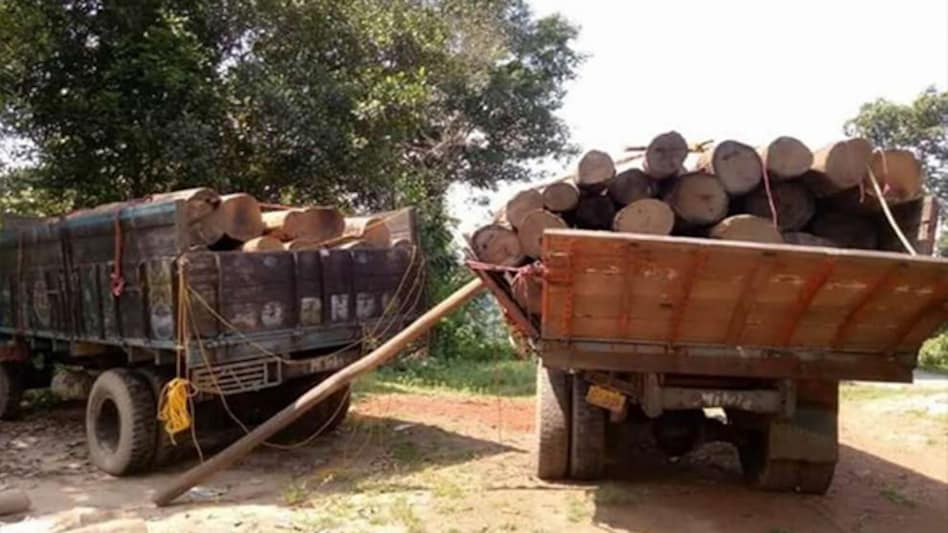 With some reported incidents of violation of lockdown protocol at Arunachal Pradesh's boundary where people from Assam are attempting to sneak into Arunachal or trying to pass through parts of some villages like Mer and Gadum villages under Namsing Circle in Mebo Sub-Division, the officials of Namsing CO office and Range Officer of Sibiyamukh Range, D. Ering Wildlife Sanctuary have stepped up vigilance along the Assam-Arunachal boundary via Siang river.

In connection with the suspected movement of people from Assam toward Arunachal via waterways of Siang River through ferry boat, officials and staffs of Sibiyamukh Range under D. Ering Wildlife Sanctuary are currently stationing at Taratamak and Siang river confluence near Mer-Gadum village. It is worth mentioning here that the boundary along Assam-Arunachal here in East Siang District is very porous from where illegal movement of people takes place.

Informing about their effort, Domek Koyu, Range Officer of the Sibiyamukh Range informed that, a boat carrying 18 people some of whom were said to be students was moving towards Amarpur in Assam via the Siang river, but it was pushed back. “We can’t allow such inter-state movement of public on precautionary ground as we don’t have any screening devices in these remote parts of the Assam-Arunachal boundary”, added Koyu.

Meanwhile, the Namsing Circle Officer, Khoda Lasa who has been working tirelessly to mend the porous boundaries along Assam-Arunachal boundary under Mebo Sub-Division has also seized a total of 14 boats to stop illegal movement of people via waterways in Siang river.  According to Lasa, these boats were being used by some people to move between Assam and Arunachal via waterways which was beyond the control of the Namsing administration, Hence, he took the help of D. Ering Wildlife Sanctuary authorities and now the joint effort of Sanctuary and CO officials are paying off in averting the attempts of public movement.

Meanwhile, Mer village Gaon Burah, Vinod Perme also confirmed the pushing back of some people coming from Oiramghat to Amarpur via Arunachal. “As a border village along Assam-Arunachal we have also deployed our youths to monitor illegal movement of public from Assam towards Arunachal and any such incidents are reported to the CO Office Namsing”, informed Perme.

It is worth mentioning here that, several illegal movement of public takes place through waterways in Siang River along Assam-Arunachal boundary. It has also been reported that immigrant from Bangladesh also pass through this porous boundary using Koboghat in Assam near Arunachal boundary and works as a vegetable gardeners and farmers in many parts of East Siang District.

The illegal movement of these migrants from Bangladesh takes place vua these porous borders as they do not possess any valid documents and hence find it difficult to pass through the designated check gate of Ruksin.

In this regard, the All Arunachal Pradesh Students’ Union (AAPSU) had carried out an operation clean drive a decade ago where most of the illegal Bangladeshi migrants were driven out of the district/state as banned underground outfits like the ULFA were also taking refuge in their areas/homes. But despite the drive out a decade ago, hundreds of Bangladeshis have returned.