Arunachal CM Pema Khandu said that he has been trying his best to bring reformation in Arunachal Pradesh in the last 6 years and many reforms have taken place in the state. 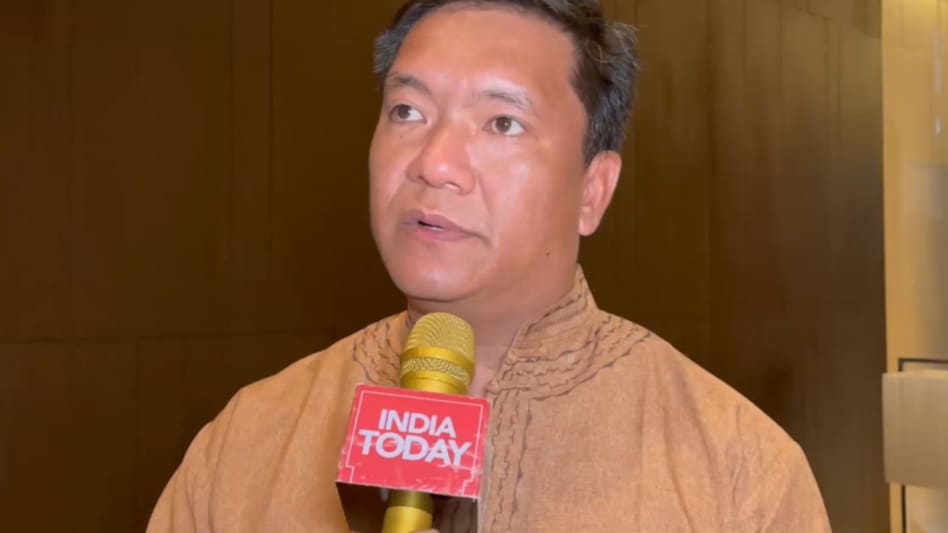 Calling the Arunachal Pradesh Public Service Commission (APPSC) leak case an unfortunate incident, Arunachal CM Pema Khandu said that he has been trying his best to bring reformation in Arunachal Pradesh in the last 6 years and many reforms have taken place in the state.

Stating that he is intolerant towards corruption while speaking exclusively to India TodayNE, Arunachal Pradesh Chief Minister Pema Khandu said that he deals corruption with iron hand. “Corruption I don’t tolerate. I deal it with iron hand. This time it happened unfortunately in state public service commission. It is the highest recruiting agency of the state. This was very unfortunate. I was depressed. And obviously the youngsters of the state were too depressed,” said Pema Khandu

Speaking on the arrests made on the alleged APPSC scam and the government steps taken up subsequently, Arunachal CM Pema Khandu adds further, “See I have taken a very strong step. Firstly, all the members, starting from the chairman and three members, one has not resigned though others have resigned from their posts. But it doesn’t mean they are also involved in the paper leak case. During investigation period it will be known. But as soon as we came to know, an FIR was lodged, SIC has taken up the case and after that, 10 arrests have been done”.

“To give a fair and logical conclusion in this investigation, the government of Arunachal has decided to hand over the case to CBI. The CBI has already reached the state and have begun their investigation,” said CM Pema Khandu.

"In the mean time we have reformed the staffing pattern of the public service commission. As Public Service Commission is an autonomous body, government does not have direct control. So now what we have done is we have merged the staffing pattern with the civil secretariat staffs so that we can keep on rotating the staffs. So you can say that 100 per cent reforms or overhauling of the system is being carried out now. Very soon we will have a new team”, added CM Pema Khandu.

It needs mention here, the People’s Party of Arunachal (PPA) and Arunachal Against Corruption (NGO based in Arunachal Pradesh) have been quite vocal against the government will regards to the investigation being carried out in to the APPSC scam.

The party and the NGO had even slammed Arunachal CM Pema Khandu and the government for not taking any action with regards to the investigation.

The PPA had further reiterated its earlier demands made to the Government of Arunachal Pradesh including the broadening the scope of both CBI & SIC investigations to include allegations of malpractices in other exams conducted by the APPSC and immediately convening of an All-Party meeting on the issue.

Further, the party also called upon the state government to genuinely address all the demands made by the aggrieved aspirants which have been repeatedly communicated in writing to the former.