Its theme is 'Building bridges through literature, this edition of the festival will focus on “reading, creative thinking and expressions,” a series of brainstorming literary sessions, and sharing knowledge through presentations and discussions. 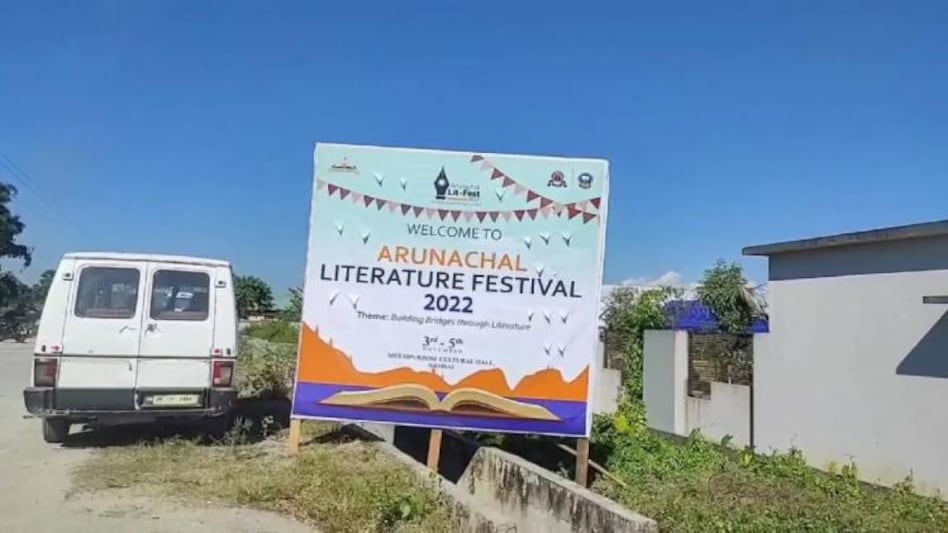 This festival is aimed at creating awareness of the importance of literature and throwing light on eminent writers and poets and emerging writers.

Its theme is 'Building bridges through literature, this edition of the festival will focus on “reading, creative thinking and expressions,” a series of brainstorming literary sessions, and sharing knowledge through presentations and discussions.

Many prominent authors, publishers, writers, poets, upcoming writers, and literature lovers from the state and outside are participating in the event.

While speaking to India Today NE Yeshe Dorjee Thongchi, who is a Padmashree Awardee in the field of literature and education said, "Literature is a mirror of the society. It represents the state and the country in the whole world. Every written literature of Arunachal is right now in the early stage. That's why to give importance to the literature we have organized these types of literature festivals. This annual literature festival started in 2018 and with the help of the Arunachal government, we have been able to conduct this festival every year for the fourth time. To instill the reading habit in the people, especially the youth, these types of the festival are a must. Even Social Media also is good for reading habits but only through books we can be able to maintain the reading habit."

"Literature will lives on not only in books and also in every domain, like online, plays, dramas, films, etc. Arunachal Literary Society was established in 2006 to encourage writers in all genres. So many writers are coming up in our State. They are writing in their own dialects also whether it's articles, short stories, poems, and script writing. We are hopeful for a good future ahead," Thongchi added.

Another literature enthusiast, Riken Ngomle said, "I feel happy that in this Arunachal Literature Festival, they have included Theatre. School students have been engaged since day one, to learn theatre, acting, and script writing. We include Theatre with an aim to let the students learn about the importance and the role of Theater in society. Theatre, Films, and State Dramas play a major role in society."

Riken is an Assistant Professor at the National School of Drama in New Delhi.

He further said that it is inevitable that these youngsters are engaged in social media but apart from that, they should also be encouraged to participate in physical activities like dance, theatre, and plays.

Riken informed that they have made many plays on the life of unsung heroes of Arunachal.

"Assam and  Manipur are already ahead in these theatres and Plays. Our States Arunachal and Nagaland are still behind in this discipline. My message is that through Theatre we can give a message to society. Youngsters should be engaged in all these Theatre Plays and Dramas. Youths should not involve in drugs but instead should focus on all these extra curriculum activities," Riken further asserted.

Nodal Officer of this festival, Nyatum Doke said that so many writers from all over the world have come to take part in this literary festival.

Arunachal: All Party meeting ahead of Lungla Bye-Election held in Tawang
advertisement