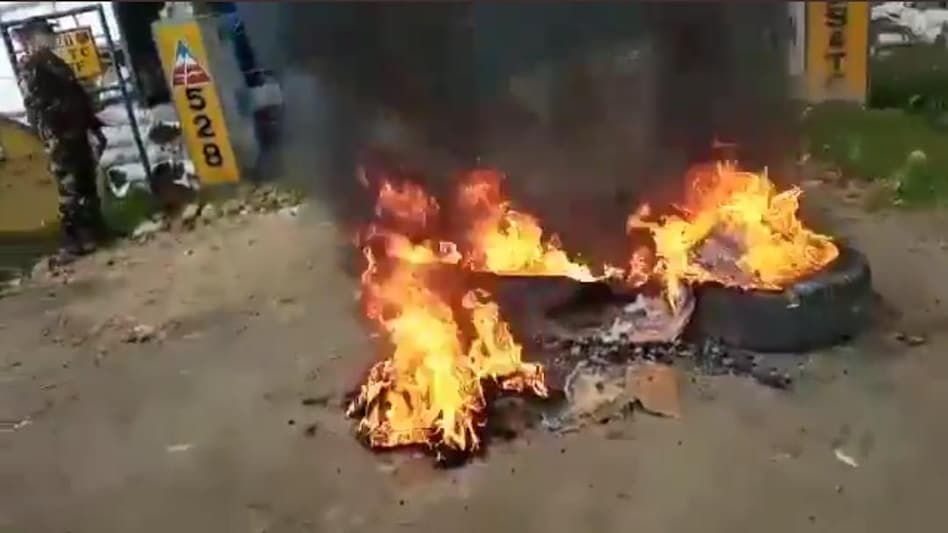 ITANAGAR: Defence Minister Rajnath Singh launched a fiery speech about "peace" and "aggression," but he also reignited an inter-state boundary row on June 17.

Singh had tweeted about attending a programme in the "North East" and uploaded a statement from his ministry that suggested the event was held in Assam's Lakhimpur district after e-dedicating 12 border roads developed by the Border Roads Organisation (BRO) to the country that day.

Various Arunachal organisations are now protesting in the streets, demanding the BRO's blood for "misleading" the Defense Ministry. They, as well as state BJP Lok Sabha MP Tapir Gao, said Singh's event took place in Kimin, Arunachal which is well within the frontier state.

By leading the Defence Minister incorrect, the BRO has created a misunderstanding between Assam and Arunachal.

According to the sources, Gao stated that officials that the Border Roads Organization (BRO) should be charged under the appropriate section of the law for misrepresenting the Kimin ADC headquarters in Papum Pare district as ‘Bilgarh' in Assam and covering up Arunachal's name with a white paste during Defence Minister Rajnath Singh's inauguration of the Kimin-Potin road.

“By doing so, they attempted to obliterate the state of Arunachal Pradesh. That day, Assam Chief Minister Himanta Biswa Sarma was with the defence minister. Kimin is also in Arunachal, he knows. The BRO officer in question should be arrested, said Gao.

Gao urged that the Arunachal government file a FIR against the official. He also requested an apology from the BRO to the people of Arunachal Pradesh for such a disrespectful incident.

Meanwhile, the All Kimin Youth Welfare Association has filed a police report at the Kimin police station charging BRO employee Pramod Kumar of referring to Kimin as Bilgarh in Assam.

According to the sources, the BRO indicated that it was done for strategic reasons, probably to avert any China response for the defence minister's visit to Arunachal Pradesh.

Arunachal government grants HRA allowance to its all eligible employees