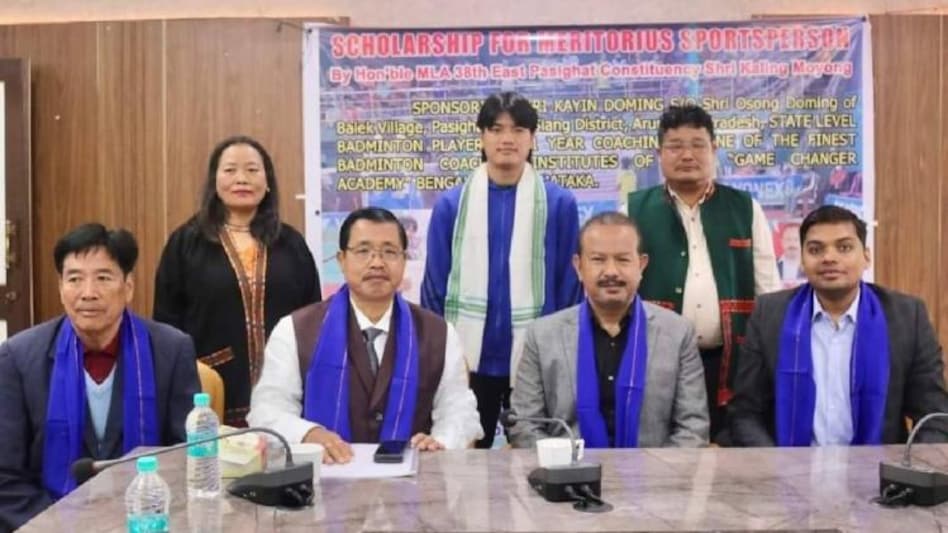 Pasighat BJP MLA Kaling Moyong sponsored one sportsmen of the East siang district to encourage sports activities in the state among youths.

Addressing a large gathering on the occasion at Giiidii Notko Hall, Moyong said "Our roads particularly highways are witnessing increasing number of vehicles every year. Road safety education is of utmost importance and abiding by road safety rules will prevent avoidable tragic accidents and make our roads safer." He urged   everyone to spread the message and follow road safety rules for life safety. He also lauded AAPPTF for undertaking such awareness campaigns in various districts.

Responding to two point memorandum submitted by AAPPTF for parking space in two locations in Pasighat, the local MLA  assured all cooperation and support.

The MLA also advised the students and young generation youths to keep away from drugs and other intoxicants and instead pursue in positive recreation activities like sports and other creative activities.

The MLA also took the opportunity to inform about the many ongoing  smart City projects in Pasighat , with aim to improve the quality of lives and upgrading public  recreation amenities for the citizens and youth.

Earlier, DC Tayi Taggu, after administering the Road safety Pledge to all on the occasion, also spoke on  the need for such Road safety education to all stakeholders. Negligent and rash driving is the cause of so many preventable fatal accidents.  The DC also highlighted the ill effects of Drug abuse adding that our youth are the human resource of the state.

SP, Sumit Kumar Jha also urged all to join the fight against drug abuse  to save the future of our youth. The SP also spoke on the importance of responsible driving by drivers & other Road Users and traffic discipline.