While congratulating the people, Pema Khandu appreciated Mla Nyamar Karbak for his efforts to develop the Community health centre by acquiring funds for the same through various means including SIDF and MLA LAD since 2018. 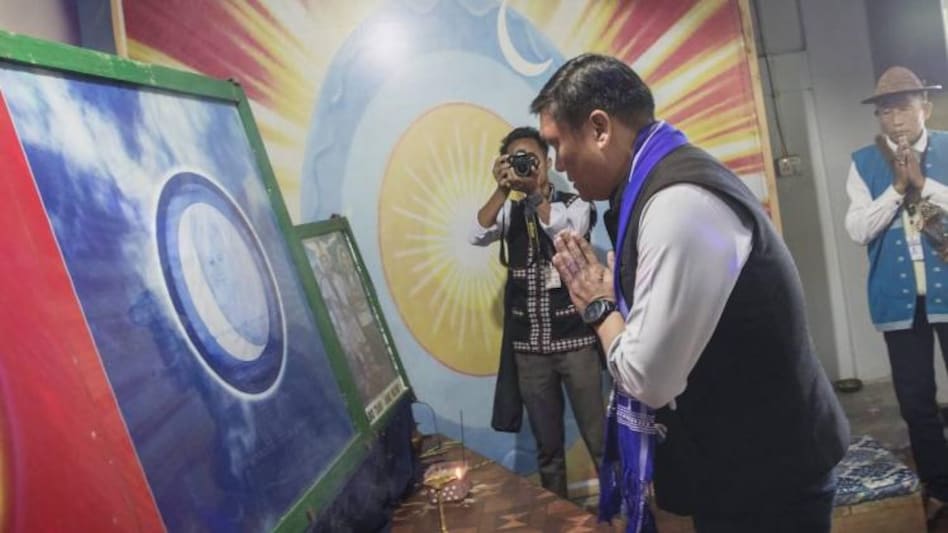 While congratulating the people, Pema Khandu appreciated Mla Nyamar Karbak for his efforts to develop the Community health centre by acquiring funds for the same through various means including SIDF and MLA LAD since 2018.

On being informed of the plans for further extension of the CHC, the Chief Minister assured support of the state government.
Reiterating that health is a primary sector of priority for the state government, Khandu said the COVID-19 came became an eye opener to improve health sector for the government.

“The pandemic made us realize that how ill equipped we were in the health sector. We were shocked to see the condition our health sector while reviewing health infrastructure during the pandemic. Our government then decided to revive and improve our health delivery system that could cope with any kind of emergency,” he said.

Khandu informed that around Rs 500 crore has been utilized to develop all the district hospitals of the state with infrastructure, manpower and equipment. He said that most of the general (district) hospitals today have been face lifted and few are under process.

The Bankim Pertin General Hospital, Pasighat, one of the oldest and with most number of footfalls, is being developed into a 300 bedded hospital, Khandu informed.

“Our efforts are bearing results. We have reduced the infant mortality rate to 10% and reduced the human resources gap in health sector from 33% to 6%. Also institutional delivery has increased manifold,” he revealed.

“Besides getting enhanced DA/DR and HRA at par with central government employees, government doctors will also be provided Non Practicing Allowance (NPA). It is upto them whether they want to avail NPA or not,” he informed.

Khandu said that proposal has also been submitted to the central government to upgrade the ANM school at Aalo to a BSc Nursing College.“As soon as it is approved, we will start the upgradation work,” he assured.

Later in the day, Pema Khandu visited the Kargu Gamgi (Indigenous prayer centre) at Kamba where he offered prayers to Almighty Donyi Polo and other indigenous tribal deities.He joined the prayers offered by the Nyibus for eternal peace of Late Jambey Tashi.

To a request, the Chief Minister considered himself lucky to be able to contribute to the prayer center by ensuring funds to build a proper prayer hall building and a boundary wall for Kargu Gamgi.