Apart from the Northeastern region, the Tais remain largely concentrated in the areas of southern China, Indochina, Thailand, Laos, and Myanmar. 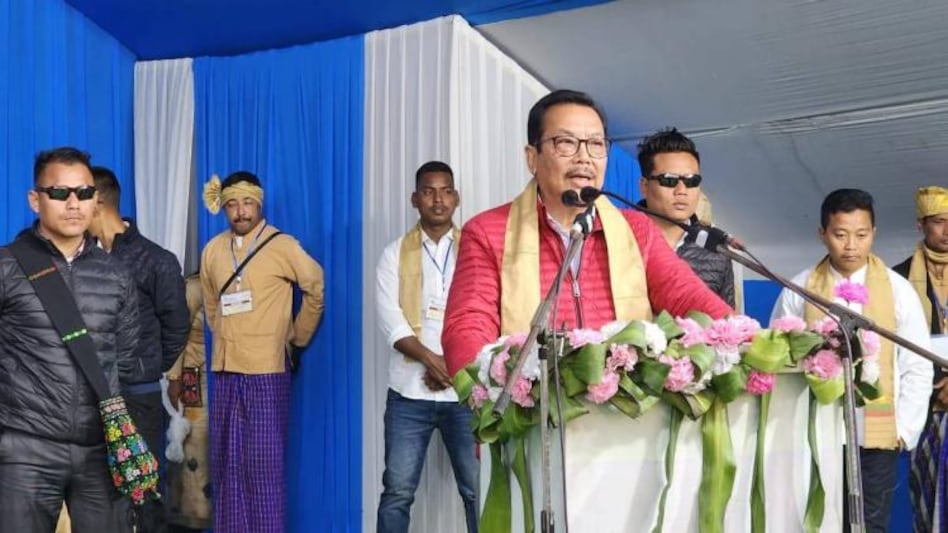 Addressing the festival, Mein highlighted the history of the Tai community of the north-eastern region and stated that North East has a very rich and diverse culture and these cultural diversity need to be preserved by all maintaining peaceful environment and brotherhood.

Apart from the Northeastern region, the Tais remain largely concentrated in the areas of southern China, Indochina, Thailand, Laos, and Myanmar.

The Tai people have a long and rich history of migration, dating back centuries. Throughout their journey, they have faced many challenges, including oppression and discrimination, in their quest to maintain their identity and culture. Despite these obstacles, the Tai people have remained resilient, and their culture and traditions are still alive today. They have held on to their language, customs, and religious beliefs, and their unique identity is still very much alive.

"The history of the Tai people is a testament to the power of perseverance and resilience in the face of adversity," he added.
Adding further, Mein said that the Thai and Ahom kingdoms were two of the most powerful Tai states in Southeast Asia and South Asia, respectively. Founded in the ancient river valleys of the Chao Phraya and Brahmaputra, these kingdoms have left a lasting legacy of culture, language, and art. Despite their eventual decline, the influence of these two kingdoms can still be felt today in the regions they once ruled.

Speaking about its cultures, Mein said that in the present day, the Tai have distinct cultural identities in each of the regions. However, they still maintain many of the same cultural practises and beliefs that originated from their ancestors, such as ancestor worship and agricultural traditions. They also share a common language, Tai. He said that they have similar festivals, cuisines, socio-economic practices, and various other similarities that have been inherited from the forefathers since time immemorial. The Tai culture appears to have been much more homogeneous before its spread throughout Southeast Asia than it is today.

While lauding the Tai brothers and sisters for preserving their rich cultural heritage.  He said that Tais of North East had greatly contributed in the freedom struggles. He cited the examples of great warriors like Mahavir Lachit Bharphukan, Unsung Hero Ronua Gohain alias Chaupha Planglu and Freedom Fighter Piyoli Phukan. He added that It's important that the younger generation must learn about their own history and cultural heritage and exhorted them to carry forward the rich legacy to the next generations.

He congratulated the people of Assam for the nomination of Charaideo’s royal burial mounds or tumulus called “moidam” of the Ahom dynasty for consideration as a Unesco World Heritage Site by Govt of India.

He further commended Assam Chief Minister, Himanta Biswa Sarma and his Cabinet for successfully pursuing the same.
He further applauded the organizers of Tai Ethnic Cultural Festival for bringing together all the Tai sub-groups from all walks & corners of NE Region in a common platform for showcasing their cultural similarities.

Lastly, the Deputy Chief Minister of Arunachal Pradesh emphasised the importance of such cultural festivals, as they help in preserving and promoting the culture of all the communities of the North East region. He also highlighted the importance of unity and brotherhood among all the communities. And with that he encouraged the people to celebrate their culture and traditions in a safe and responsible manner.