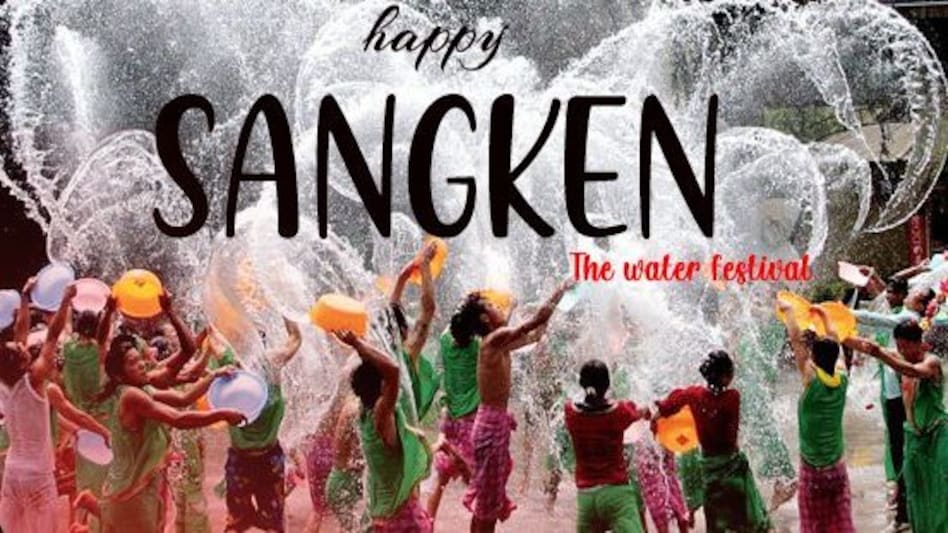 Chief minister Pema Khandu took to Twitter and extending his warm greetings to Tai Khamti and all other Tai communities of the state for the festival water said, “May the coolness and positivity of Sangken spread in everyone’s lives and make this coming year a more blessed and more prosperous one for all.”

Union sports minister Kiren Rijiju wrote, “A warm Sangken festival greetings to the Tai Khamti and all other communities of Arunachal Pradesh. I pray for the well-being of everyone. Happy Sangken!”

Deputy chief minister of Arunachal Pradesh Chowna Mein Extending his hearty greeting and best wishes on Sangken’ festival wrote, “May the showers of water wash away all our problems and sorrows. As the year ends, let us look forward for a year full of joy, fun, health and prosperity.”

Sanken is a three-day festival that takes place every year on February 14th.

Sanken is mainly celebrated by the Khampti tribe of Lohit district, but it is widely observed in Arunachal Pradesh. The beginning of the New Year is marked by another famous Arunachal Pradesh festival.

This festival is also known as the water festival, since sprinkling water is thought to be a sign of gratitude and a healing ritual to welcome the New Year.

Throughout the festival, people are seen abstaining from all types of manual labour, intoxicating beverages, gambling, animal slaughter, and even tree cutting.

The pounding of drums and gongs can be heard far and wide on the first day of the festival.

During the festival, a ceremony is performed to bathe the Buddha idol, and the idol is then returned to the main temple on the last day.

This auspicious festival is observed not only by Buddhists, but also by the Singpho, Tikhaks, Khamyang, and Phakyal communities of Arunachal Pradesh.