The Sera Jey Secondary School, run under the Sera Jey Monastic University, was recognized in 1995 by the Department of Education, Karnataka State Government and has been affiliated with the CBSE 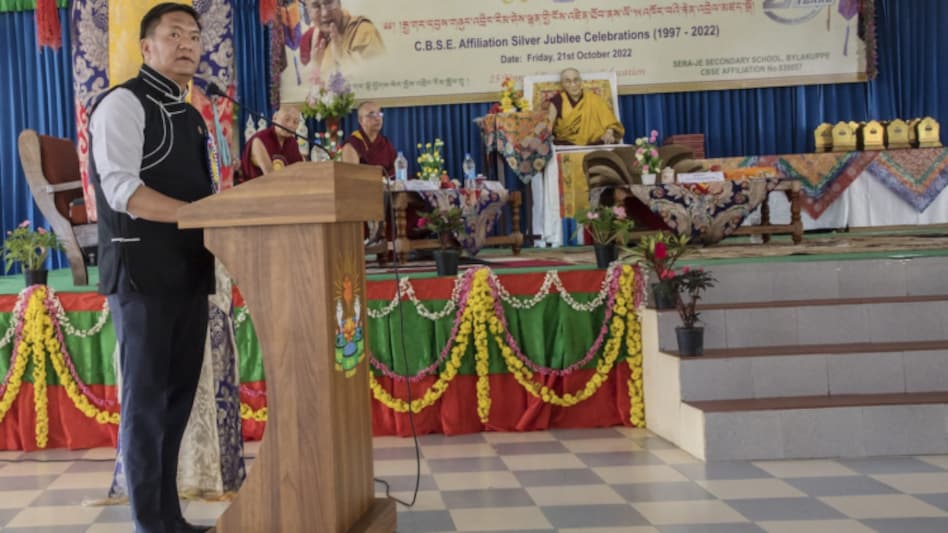 Arunachal Chief Minister Pema Khandu observed that with the establishment of schools like Sera Jey Secondary School in Bylakuppe Tibetan settlement in Karnataka, learned monks have been able to enlighten the world about the wisdom they gather in the monastery through the languages and scientific approach they learn in this school.

Attending the Silver Jubilee celebrations of Sera Jey Secondary School's affiliation with CBSE as the Chief Guest, Khandu observed that while the monasteries have preserved the ancient wisdom of Buddhism from the days of Nalanda University, it could not be revealed to the outside world in the right perspective because of the language barrier.

The institution, in fact, is the first of its kind serving as a modern educational wing catering to younger monks of Sera Jey Monastic University for Advanced Buddhist Studies.

With a unique tradition of imparting Buddhist education blended with modern education, it has carved a niche for itself.

“I am sure that in sync with His Holiness the 14th Dalai Lama's preaching that we should be 21st Cent Buddhists with scientific temperament, the school will be producing a new breed of monks who weigh Buddhist precepts befitting to the requirement of our modern world,” Khandu said.

Congratulating the school administration, faculty members and students, he lauded the school for combining a fine blend of traditional Buddhist education with modern secular education.

Addressing the students, Khandu reminded them of His Holiness the 14th Dalai Lama’s call to all Buddhists to be 21st-century Buddhists with the ability to scientifically analyse even the very teachings of Lord Buddha himself.

Another good thing about the school, Khandu observed is that the educational qualification one acquires here is recognized all over India as it is affiliated with the CBSE.

“There is no doubt that the CBSE affiliation to this school has been a boon for all the students studying here. I am optimistic that this system of education with the CBSE affiliation will be replicated in other monastic schools too,” he said and expressed hope that the school will be producing a new breed of monks who weigh the Buddhist precepts befitting to the requirements of our modern world.

He admired the vision of the forerunners of the Sera Jey Monastery who dared and dreamt to open up such a school in a traditional Buddhist monastery, radically changing the approach to the monastic education of the monks.

The Sera Jey Secondary School, run under the Sera Jey Monastic University, was recognized in 1995 by the Department of Education, Karnataka State Government and has been affiliated with the Central Board of Secondary Education (CBSE), Government of India since 1997.

It is the first ever Tibetan Monastic School to have achieved affiliation with the prestigious apex body of the Secondary School Education Board in India.
A well-qualified and dedicated team of 30 teaching staff and much other non-teaching staff is currently taking care of over 550 resident students on its roll of which a good number consists of those newly escaped children from Tibet.

Monks and novices from the Himalayan region such as Ladakh, Sikkim, Bhutan, Arunachal Pradesh and Nepal are also in good numbers in this school.