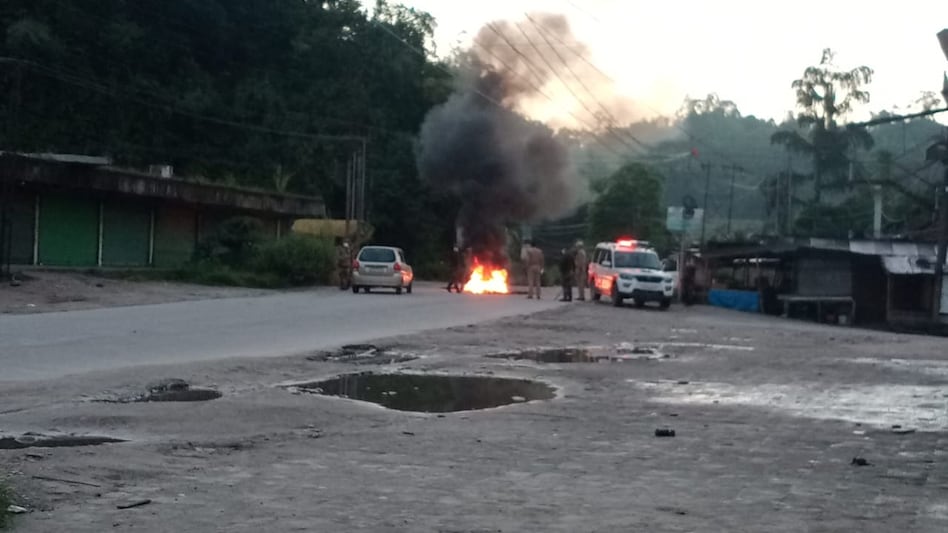 ITANGAR: The 24 hour bandh called by the Nyishi Youth Welfare Association and Arunachal Indigenous Students Union has come into force in Itanagar even after it was sentenced illegal and unlawful by the Itanagar capital region administration.

Tai Talley, President of NYWA, asked the public and market association for cooperation and said, "We are raising issues that concern all. The government has misused the Covid funds and given them to their favourites through e-tendering. I have already filed a case in court. We have made all the requests and submitted all the memorandums we could. We cannot tolerate it anymore.”

The 24-hour bandh was announced by the NYWA and the AISU jointly on July 23 in the Arunachal Pradesh capital region.

The organizations’ demands include floating of notices inviting tender (NIT) on the GeM portal; repeal of the Arunachal Pradesh District Based Entrepreneurs and Professionals (Incentives, Development and Promotional) Act, 2015; annulment of the Arunachal Pradesh Unlawful Activities (Prevention) Act, 2014; cancellation of three ST certificates illegally issued to Tibetan refugees; renaming Indira Gandhi Park as Abotani Park; and introduction of a chapter on Arunachal in the NCERT syllabus.

On the other hand, the Itanagar Capital region administration issued an order on 28 July, terming the bandh illegal, and appealed to the public to boycott the bandh culture.

Talo Potom deputy commissioner of Itanagar one assured to provide full security to all the residents of the Itanagar during the proposed bandh period and warned that any loss of life or damage of properties to any citizens will be borne by the association members who gave the illegal bandh.

Lokam Tassar, BJP MLA from Koloriang came out on road with his supporters to defy the bandh call and he urged the citizens not to support this "illegal bandh" as it is given by unknown unrecognized associations as per him.

However, Tassar has urged the unions and associations to fight against the drug menace instead and help youths to come out of drug addiction.

"It's up to the health department to procure required medicines and machineries by doing e-tenders and even ministers and MLAs also cannot interfere in their works as no one has knowledge of medical science. For mismanagement high committee will sit and enquire any irregularities done by the health department but giving bandh call is totally forgot unjustified," said Tassar on COVID-19 fund misappropriation allegations.