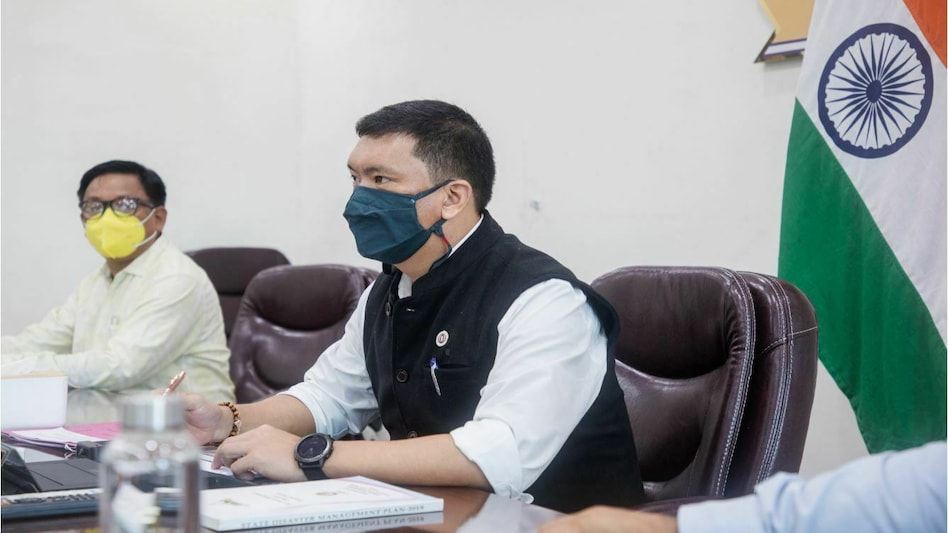 Expressing concern on habitats in and around the state capital vulnerable to landslides and floods, Khandu suggested the Director (DM), KomkarDulom to survey, map, and notify all such vulnerable habitats and facilitate shifting of all such families to safer locations.

During the meeting, Secretary Disaster Management Dani Salu informed that personnel of the NDRF 12th Bn have been positioned at Bomdila for the west and at Tezu for the eastern parts of the state, while SDRF units have been positioned at the five Regional Response Centers at Dirang, Ziro, Pasighat, Tezu and Khonsa for quick response to any disaster situation.

Chief Minister Pema Khandu advised the department to extensively train more volunteers across the state up to the village level.

He also stressed on extensive IEC campaigns to create awareness amongst the people.

“Without thinking of any possible disaster, our people tend to build houses and reside in areas which are prone to landslides and floods during the monsoons. We need to aware them even if it may take time,” he said.

Khandu also expressed grave concern over rampant earth cutting in the state capital and called upon the department to coordinate with the district administration and put halt to such activities.

He also accepted the suggestion put forth by the department to put in place a real-time monitoring system in the state for early warning signals of upcoming disasters to prevent loss of lives and other damages. He gave a go-ahead to the department to take the help of reputed institutes for technologies that could detect soil movement and give out advance warning signals.

The Chief Minister also reviewed the status of preparedness in terms of medicines, essential commodities, manpower in the districts, fund position of the department, etc.

It was also agreed that a certain percent of the state disaster relief management fund will be used for mitigation purposes only.