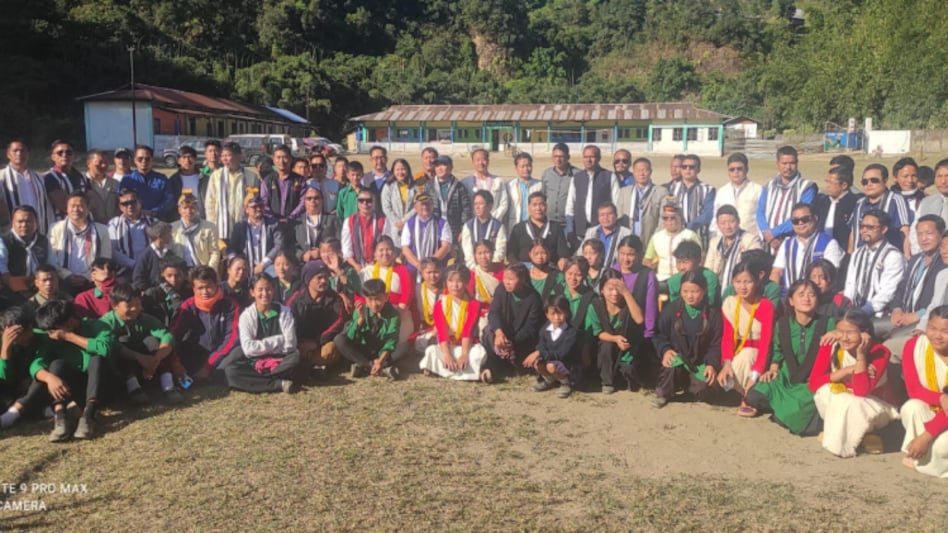 NES executive members distributed power generators to three adopted schools to provide uninterrupted power supply to the poor students of these Government schools and assured provide the same for the other remaining 4 adopted schools.

On 24 November NES executive members reached one of their adopted Pabua Secondary Schools, Seppa of East Kameng district where they inaugurated the Boy's hostel building funded by NES through the Government.

“We are very fortunate that the Government of Arunachal sanctioned a huge amount of 5 crores to improve the basic infrastructures of seven adopted schools by NES. After hectic discussions and planning, we judiciously provided the mentioned fund as per the requirements of all the seven adopted schools.
NES took the important initiative to revive the defunct hostel system in these schools as it will impart discipline & study culture among the students from a poor backgrounds with deplorable home conditions.
We act as a monitoring team to look after the proper judicious use of the allocated funds for these schools. Regarding drug usage by youths from 2019 NES started a drug-free campaign in collaboration with ANYA & ANSU’’ Tabin added.

Tarh Tabin informed that due to health issues President NES Bengia Tolum was unable to attend this inspection tour of adopted schools and mentioned that under his leadership for many years NES performed several initiatives to uplift the Nyishi community but never advertised in the media. Tabin added that our fatherly figure Bengia Tolum is now DR Bengia Tolum as Bharat Vishal University honoured him with Doctorate in Peace and Education in doing distinguished service in the field of social-cultural integration of Arunachal Pradesh.

Heri Maring, General Secretary NES stated that the usage of drugs led to spoiling our young generations & youths who consume drugs don't recognise their own parents, relatives, and teachers and ultimately they kill their own life. Marin advised students to stay aloof from consuming drugs or alcohol.

NES and EkSWCO assured that they will jointly construct the school boundary wall soon.

Biyuram Wahge local MLA of Pakke Kesang appreciated the initiatives of Nyishi Elite Society for a dedicated entrance gate to the Government school of Pakke Kesang. Wahge overwhelmed by this gesture of NES as Pakke Kesang is a newborn district inhabiting Nyishis & small generator & one computer set to this new building of a school with a beautiful entrance gate will bring a change in the study life of the students of this school adopted by NES

Tapuk Taku, MLA of Seppa East thanked the executive members & Chief minister Pema Khandu for sanctioning the amount of 1.20 crores for the construction of the boy's hostel and kitchen building at Pabua Higher Secondary school of Seppa the headquarter of East Kameng district.

Local MLA assured to sanction funds for constructing teacher quarters by next financial year as to improve the education scenario the proper accommodation of teachers is a must in interior schools of our state.

Bharat Sonam Chairman of East Kameng social welfare culture organisation(EKSWCO) extended its gratitude towards NES for this gesture of Dedicating an RCC building for boys' hostel at Pabua secondary school and also a power generator for the poor students.

Sonam also mentioned that this first time ever in the history of government schools to get tiles equipped well-constructed boy's hostel within a span of six months.