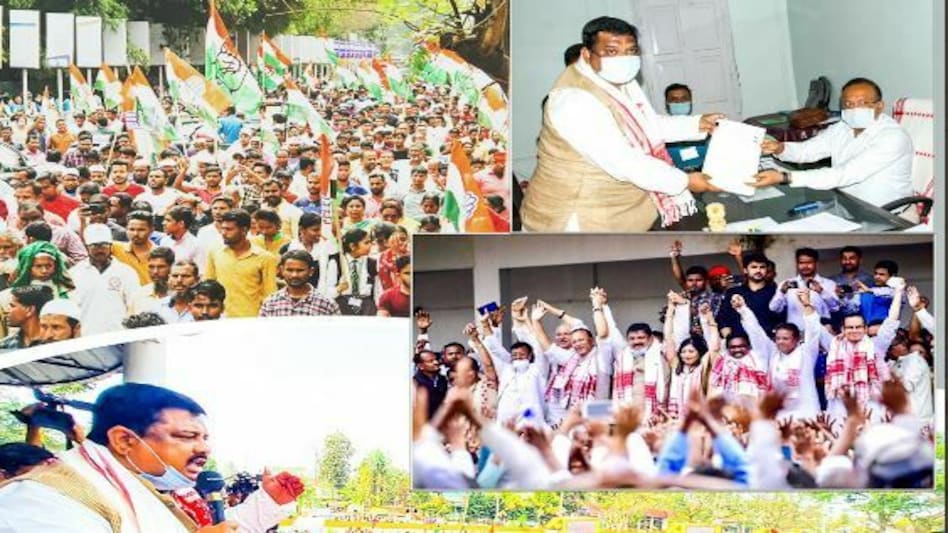 GUWAHATI: Rakibul Hussain, one of the foremost Congress leaders from Assam, has filed his nomination from the Samaguri constituency today.

“We are ready to usher in a new future for Assam, one defined by peace and prosperity,” he said.

“Powered by love & support of the people, filed my nomination for Samaguri LAC at Nagaon, in the presence Sh. @RipunBora, Sh. @GauravGogoiAsm& Sh. @PradyutBordoloi. We are ready to usher in a new future for Assam, one defined by peace & prosperity!” he further wrote.

“The outpouring of love by people to Sh.@Rakibul_INC was evident in the turnout during his nomination filing at Nagaon, today. Attended the event alongside Sh.@RipunBora& Sh.@PradyutBordoloi,” wrote Gaurav Gogoi in his tweet.

Ripun Bora also took to Twitter and wrote, “Attended the nomination filing of Sh.@Rakibul_INC for Samaguri LAC, at Nagaon, alongside other state leaders, where people turned out in huge numbers, supporting him & expressing an unshakeable faith in Congress Party’s vision of progressive development.”