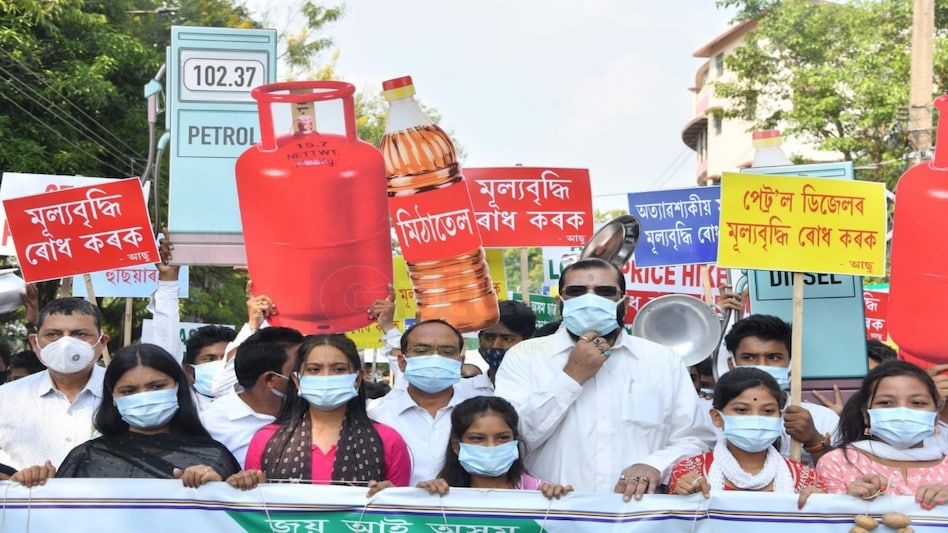 GUWAHATI: The All Assam Students' Union (AASU) today staged a protest against rising fuel, diesel, LPG, and essential commodities across the state today.

The outfit staged protests in all of the district headquarters during the day.

Members of the AASU raised slogans while holding banners, posters, and cut-outs of LPG cylinders, calling for action to stop the spiraling prices of essential goods.

AASU chief adviser Samujjal Bhattacharjee during a rally outside the organization's headquarters in Guwahati told media, "Both the Assam and Central governments have entirely failed to control price hike," PTI reported.

"There is a food, civil supply, and consumer affairs department that is doing nothing to stop the rising prices, despite the fact that citizens are suffering immensely," Bhattacharjee added.

Bhattacharjee  further said, " All sections of the population are suffering as a result of the substantial price hikes in LPG, petrol, and diesel, "yet the government is unconcerned."

"The students' union had no choice but to take to the streets to observe 'satyagraha' and register their protest against the government's anti-people attitude," Bhattacharjee continued.

It may be mentioned that the opposition Congress also staged a protest against rising rice prices across the state on Thursday.

Smuggling, illegal tax and 30 rounds of bullets in no man’s land: The inside story of Assam-Meghalaya border firing