The Special Branch of Assam Police on September 22 arrested Farhad Ali from the Dispur area of the city in continuation of massive raids across the country against the Popular Front of India (PFI). 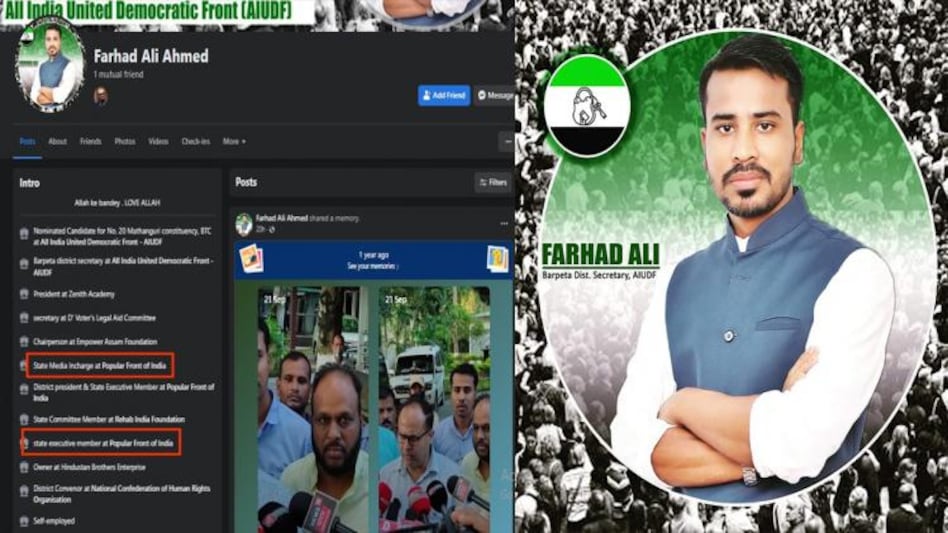 The Special Branch of Assam Police on September 22 arrested Farhad Ali from the Dispur area of the city in continuation of massive raids across the country against the Popular Front of India (PFI).

According to sources, Ali was attached with Mankachar MLA Md Aminul Islam from AIUDF as a personal assistant. It is to be mentioned here that all the allegations and charges against Ali will be levelled in court so as to take custody under the NIA Act.

Till now all the arrests made by the agency have been done in close cooperation with the state governments.

A total of 10 PFI leaders have been arrested from different locations in Assam including Barpeta, Baksa, Karimganj and Nagaon. A total of 6 arrests have been made from Guwahati under the Kamrup district.

Earlier on September 22, PFI leader and North East regional secretary of the outfit Aminul Haque was arrested from House number 26 at Friends Path in the Hatigaon area of Guwahati.

Haque, who had reportedly been detained several times in the past, was residing with his wife and two children for the past five years as a tenant.

Sources said the number of arrested activists of the outfit could rise further as raids have been said to continue in several places.

In what can be called the largest ever investigation process to date, the searches have been conducted by the NIA and ED at multiple locations across the country, in tracing out persons involved in “funding terrorism, organizing training camps and radicalizing people to join proscribed organizations.”