The 3rd day of the ‘Lokmanthan’ concluded with spectacular dance performances by various talented folk artists from Northeast India. 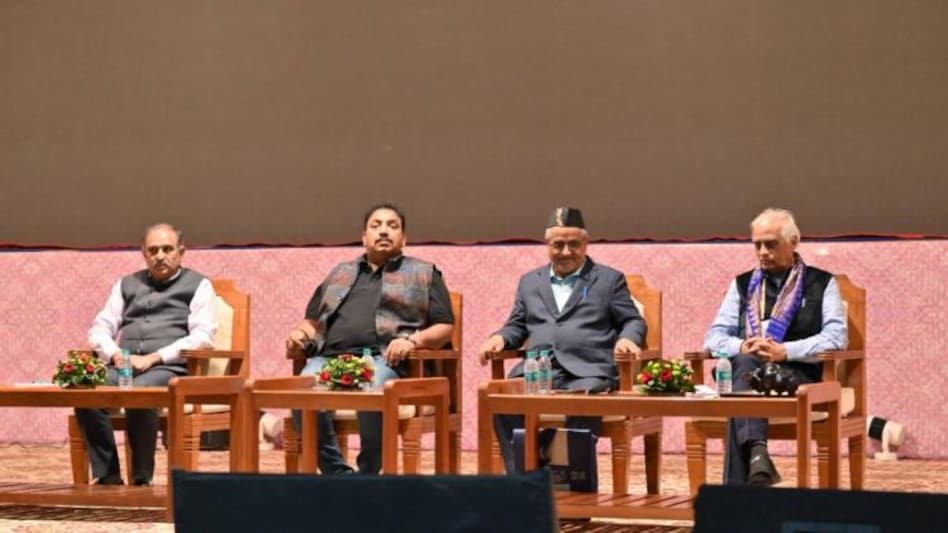 The 3rd day of the ‘Lokmanthan’ concluded with spectacular dance performances by various talented folk artists from Northeast India.

Many intellectual multi-layered sessions were organized in Lokmanthan on September 23 which emphasized on ‘Concept of Shakti in Lok Parampara, Dharmik Yatrayein and Annadan in Bharat, Agriculture, and Food in Lok Parampara, Education and Storytelling in Lok Parampara, Culture of Instrument in Lok Tradition among others.

Padma Vibhushan Dr Sonal Mansingh in a session stated about 'Garba'- a Gujrati dance form performed during ten days of Puja. She explained the importance of clapping during the time of Garba. 'Garba' came from the word 'Garbh'.

Meanhwhile, Popular folk singers Kalpana Patwary and Mayuri Dutta captivated the evening with the rich folk music of the region.

On the other hand, Governor of Kerala Arif Mohammad Khan will be present as chief guest for the Valedictory Function scheduled on September 24.

Many scholars, intellectuals, artists writers, and researchers are expected to attend the final day of Lokmanthan 2022.