Assam: 51 Arrested in Hailakandi for not Wearing Masks; 6 Cases Registered 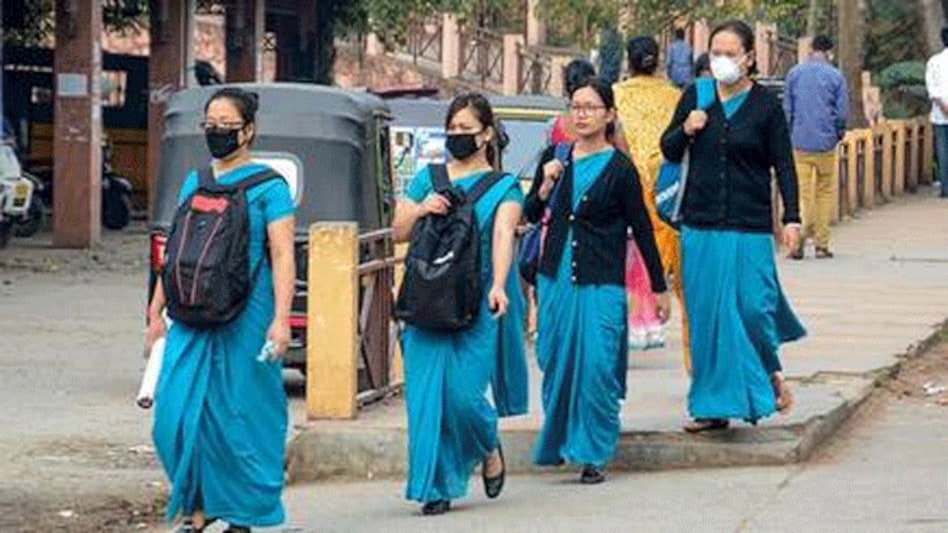 Several persons were arrested earlier today in Hailakandi district of Assam for not following the local administration's directive of wearing face masks in public in view of the COVID-19 pandemic that has infected 20,471 people across the nation.

Pabindra Kumar Nath, the Superintendent of Police of revealed that 51 persons have been arrested for not wearing mask and face cover with registration of six cases in different police stations across the district.
Of the 51 arrested for violation on Wednesday, 21 arrests have been made under Hailakandi Police Station, five under Lala Police Station, eight under Algapur Police Station, 11 under Panchgram Police Station, and six arrests have been made under Katlicherra Police Station. Two cases have been registered in the Panchgram PS while one each in the other police stations.
The district administration, in an order, issued on Monday made wearing of mask and face cover mandatory and warned of stern action against those violating it.
At a presser held on April 20, the Assam DGP said that a new kind of policing has been envisaged for the latter, starting from today. Along with the continuation of the pre-existing lockdown enforcement, the police has also resolved to facilitate the “exempted” ones. However, no one should take “advantage” of this, Mahanta warned.
Mahanta also said that the “strict enforcement of the national directives” are also being followed, such as the mandatory wearing of masks. He said that a person can be booked under various charges for not wearing masks in public. A violation of this rule can result in cases under the IPC Section 269/270.
Meanwhile, 23 vehicles have been seized for lockdown violation during the past 24 hours in the district. Altogether, 119 vehicles have been seized since the lockdown with Rs 89,800 realized by way of fine.