A huge sinkhole appeared on the side of the road near Lower Subansiri Hydroelectric on September 16, 2022. 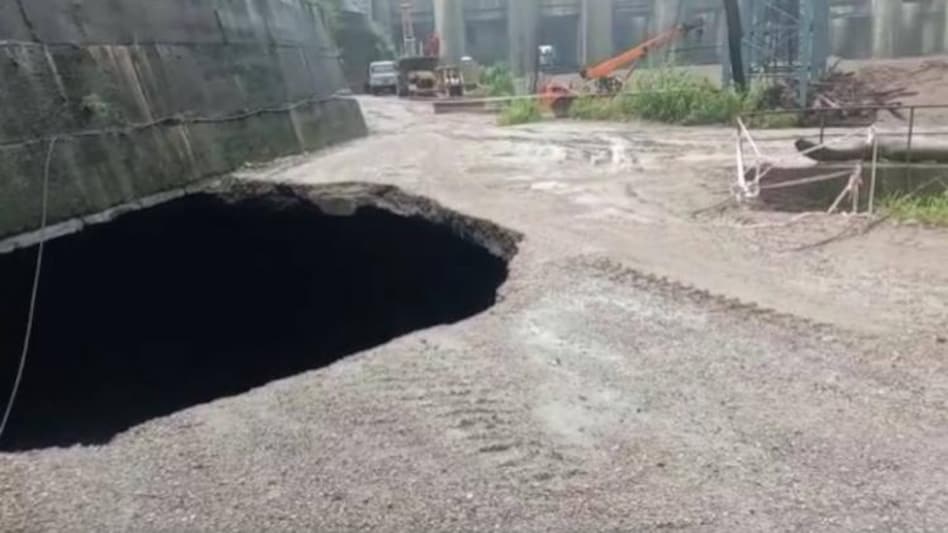 A huge sinkhole appeared on the side of the road near Lower Subansiri Hydroelectric on September 16, 2022.

According to reports, the sinkhole emerged on the project's left bank, which is on the Assam side and is located in the Lakhimpur district just outside of the border between Arunachal Pradesh and Assam.

The incident entirely destroyed the upper section of tunnel number 2.

Notably, the region has seen nonstop rain for the past two-three days, which caused the sinkhole to appear.

Nature seems to not like the placement of the Lower Subansiri Hydroelectric project as it has over time borne the brunt of nature.

A similar incident happened a year ago, when a massive landslide turned the fifth diversion tunnel of the mega-dam project non-functional.

Due to the impacted diversion tunnel's inability to deflect the surge of water in the project's catchment area, the river's downstream areas experienced flooding.

Therefore, the repeated natural disasters that have affected the mega river dam project have validated the fears about the impending disaster that the big dam project in the downstream areas of the Subansiri river covering four districts of North Assam, namely Dhemaji, Lakhimpur, Majuli, and Biswanath, will bring about.

The dam is also located in a seismic zone and it is significantly under-designed to resist earthquakes which means if a massive earthquake happens to strike the region, it would not be a pretty sight to witness.

Future ecological changes in the lower Subansiri region are also anticipated to be impacted by the river's fluctuating water level.

38 households have already been relocated by the project from upstream areas, while many more people have been moved from downstream areas due to ecological changes that the project threatens.

Additionally, it is claimed that the project will impact farming and livestock grazing in the downstream region.