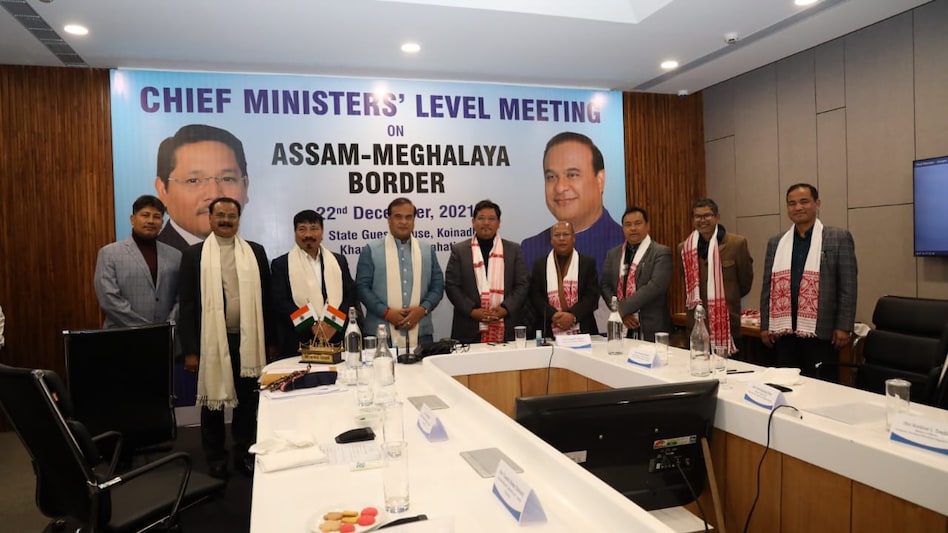 "The meeting has decided that the regional committees formed by both the states will submit their reports to the respective Chief Ministers by December 31. After that, both the CMs will meet again and by January 15 we are hopeful of resolving the disputes in the six locations," Mr Tynsong told the media after the meeting.

Informing about the meeting, CM Sarma tweeted, "We have been continuously striving to resolve border issues with our neighbours. As part of our effort, held a meeting with my Meghalaya counterpart Shri Conrad K. Sangma along with Deputy CM Meghalaya Shri Prestone Tynsong & several ministers and senior officers of both states."

"Our regional committees have submitted their reports and we are working towards final agreement on many disputed border areas. I am confident that gradually we will be able to resolve all-long pending border issues with Meghalaya and other neighbouring states," Sarma said.

Assam's border dispute cases with Nagaland and Arunachal Pradesh are before the Supreme Court but there are no cases on the inter-state disputes with Meghalaya and Mizoram.