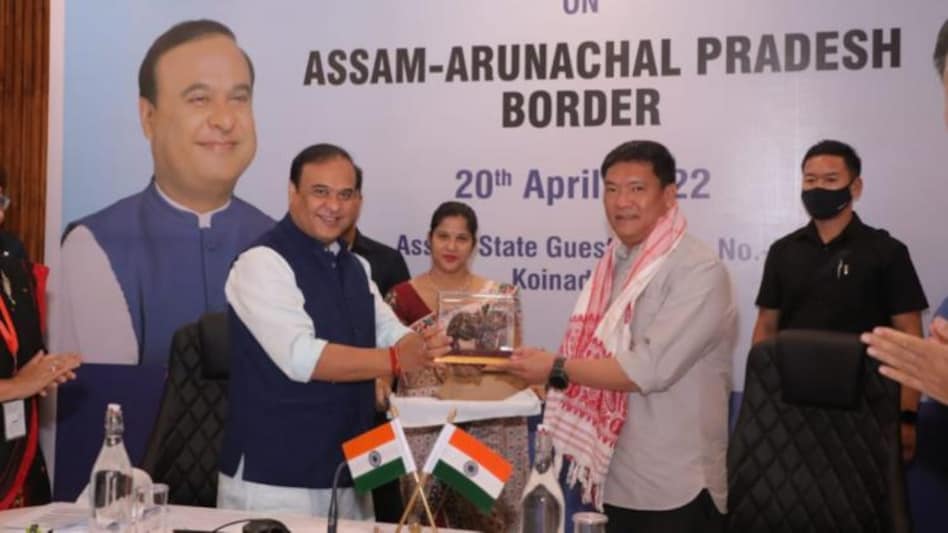 In a bid to resolve the decades-long border dispute, Assam and Arunachal Pradesh on Friday signed the Namsai Declaration after the chief ministers and cabinet ministers of both states held a 3rd round of talks in the Golden Pagoda of Namsai district.

Speaking over the matter Assam Chief Minister said that the inter-state border dispute is a decade-long issue and efforts are being made by both sides to resolve the matter at the earliest.

The Declaration sights the decision of both the states wherein all border issues between Assam and Arunachal Pradesh will be confined to those raised before the Local Commission in 2007.

The boundary line delineated and signed on the 29 Toposheets by the High Powered Tripartite Committee as notified boundary during the year 1980 would be taken as the basis for realignment of boundary by both states.

As per the decisions on both sides, 12 Regional Committees will be constitued with each covering the 12 districts of Arunachal Pradesh and the counterpart districts of Assam for joint verification of 123 villages and thereafter make recommendations to the respective State Government keeping in view the historical perspective, administrative convenience, contiguity and people's will to delineate interstate boundary between Assam and Arunachal Pradesh.

Earlier, Assam minister Atul Bora stated that there are 123 villages along the Assam-Arunachal border that are in dispute. But now it has been revealed that the 27 villages are already in Arunachal Pradesh’s constitutional jurisdiction.

Meanwhile, Assam Chief Minister also informed that the regional committees will study ground realities and they will submit the reports by September 15 to the Government of Assam.

The discussion will continue based on the conclusions of each committee's report. According to reports, Prime Minister Narendra Modi would receive the Namsai proclamation for his approval.

The two Chief Ministers met for the first time to discuss boundary problems on April 20, 2022. As their case has been pending in the Supreme Court for decades, the meeting on April 20 was essential to the two chief ministers coming to an agreement on an out-of-court resolution of the boundary disputes.