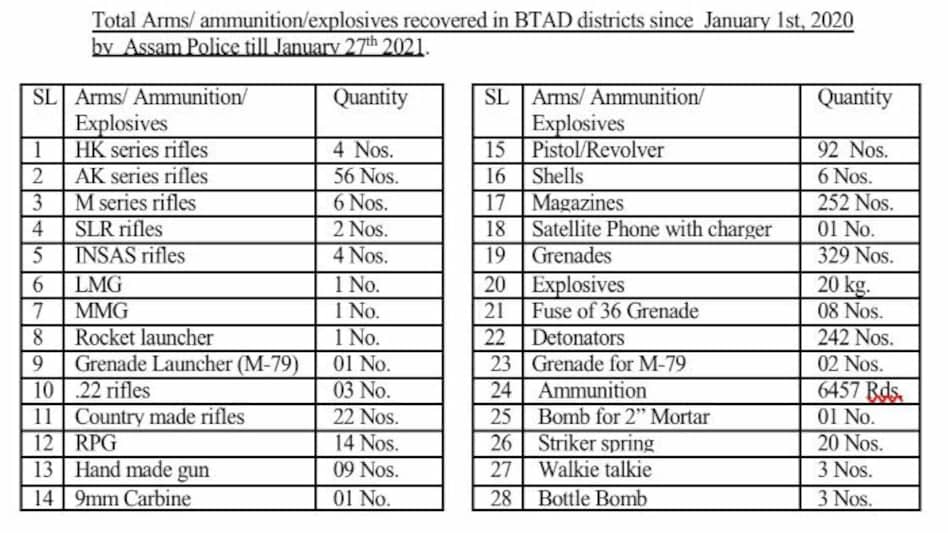 Boro had in his brief address during the inaugural ceremony of first anniversary celebrations of the BTR Accord at Kokrajhar on Sunday said the BTR has achieved peace, but fear psychosis still persisted due to presence of a large quantity of arms and ammunition in the Bodo dominated North Bank districts. He urged Shah to take necessary steps to emancipate the BTR of the fear of guns.

The Bodo inhibited areas on the north bank of the Brahmaputra witnessed largescale violence and bloodshed for nearly three decades till the BTR Accord, signed on January 27, 2020, restored peace in the region. The Assam capital city of Guwahati also suffered the brunt of Bodo violence when the city was targeted for serial blasts on October 30, 2008 leaving scores dead.