The saffron party had bagged nine out of 14 Lok Sabha seats in the 2019 Lok Sabha polls, its best show so far in the northeastern state. 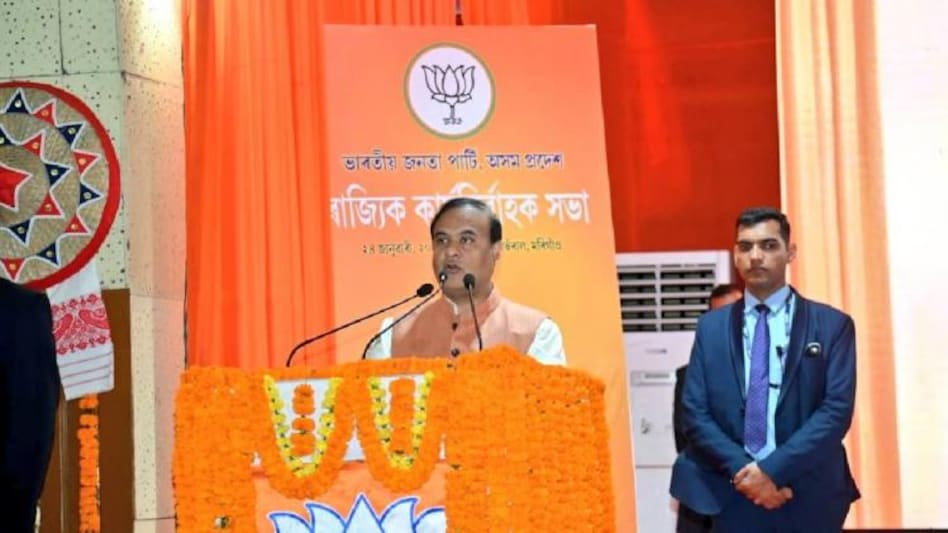 Assam Chief Minister Himanta Biswa Sarma on January 24 said that the BJP will improve its performance in the state in the 2024 Lok Sabha elections though he refused to predict the number of seats it is likely to win.

The saffron party had bagged nine out of 14 Lok Sabha seats in the 2019 Lok Sabha polls, its best show so far in the northeastern state.

Briefing reporters after the party’s state executive meeting in Guwahati, Sarma said, “The discussions here were not purely election-centric. But when a discussion is held about strengthening the organisation, the issue of election also comes in”.
To a question on the party’s prospects in the next Lok Sabha polls, the chief minister said, “The party will have its own assessment, I will have my own. It (the result) will be better than before.”

“The Lok Sabha election winds haven’t even blown yet. It is not good to proceed with a number in mind at this moment,” he said when asked for his prediction on the number of seats the BJP will win in the state. The state executive meet was held within 15 days of the national executive meeting, as mandated by the rules of the saffron party.

“The discussions and decisions of the national executive were discussed so that these can be taken right to the booth level,” Sarma said. Mentioning that the delimitation exercise is also scheduled to take place, he said, “If it materialises, the constituencies could become different. If it doesn’t happen, the picture will be different. It is difficult to discuss the seat-wise prospects at the moment.”

The total number of Assembly constituencies will remain the same at 126 even post-delimitation, he said. The process does not favour or benefit “anyone permanently” and it (delimitation) is “generally a reflection of the people”.