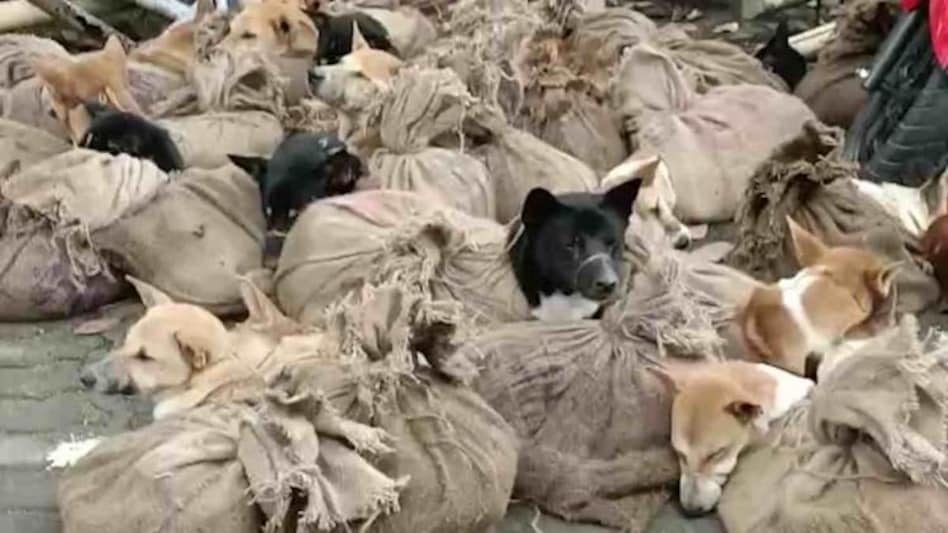 Amid rising animal smuggling, the Bokakhat Police have seized 31 dogs on September 16 after miscreants failed to execute their evil intentions.

According to a police report, a team led by Bokakhat Officer-in-charge rescued at least 31 smuggled dogs from the Kuruwabahi area of the district.

Notably, the dogs which were found in several sacks on the roadside are now under the custody of Bokakhat Police and a police investigation into the case is underway.

“There have been no arrests. We found the dogs in the Kuruwabahi neighbourhood. We learned that a vehicle was carrying the dogs, but the miscreants had abandoned them on the road because their car broke down”, Bokakhat OC informed.

Further, the OC said “The locals assume two ladies were engaged in the crime, but the investigation is still ongoing. Upon preliminary investigation, if has been found that the alleged ladies used to visit the region in search of pigs"

"We will send over the dogs to the NGOs once we get all of the necessary information. Despite the fact that they are living with us, we are having some difficulties”, the officer added.