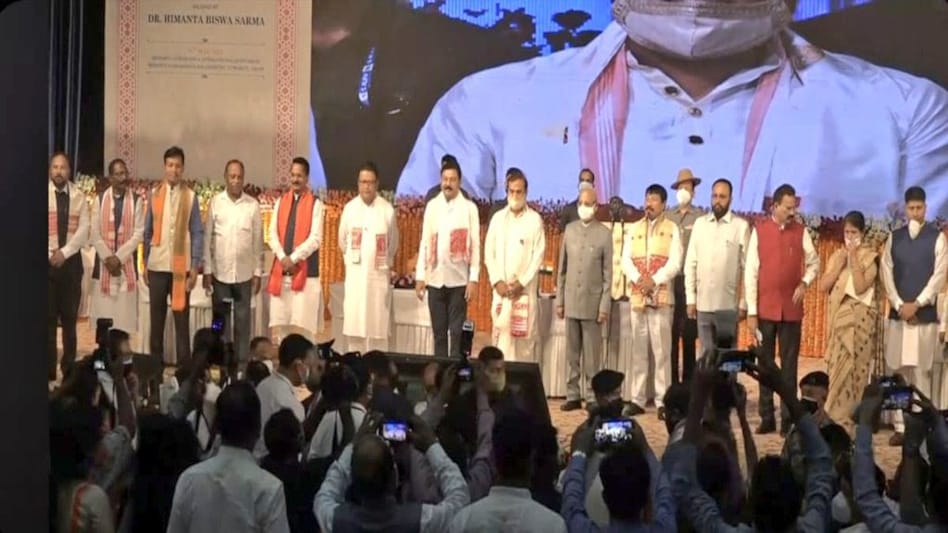 GUWAHATI: Cabinet ministers of Himanta Biswa Sarma led NDA government in Assam has been allotted with their respective ministries today after taking the oath of office yesterday in Guwahati.

Chief minister Himanta Biswa Sarma - home, personnel, PWD and other departments not allotted to any other minister of his cabinet.

AGP minister Chandra Mohan Patowary to continue with Transport Department as well as Industries and Commerce, Skill Development and Welfare of Minorities.

Newly selected minister Ranuj Pegu had been given the education department, which was held by Himanta Biswa Sarma earlier, as well as welfare of Plain tribe and Backward Classes (non-BTC). 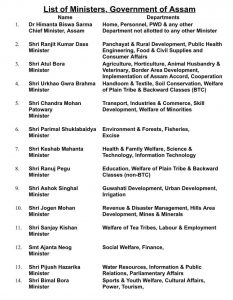 Newly joined BJP MLA Ajanta Neog was allocated with one of the most important departments viz Finance along with Social Welfare.