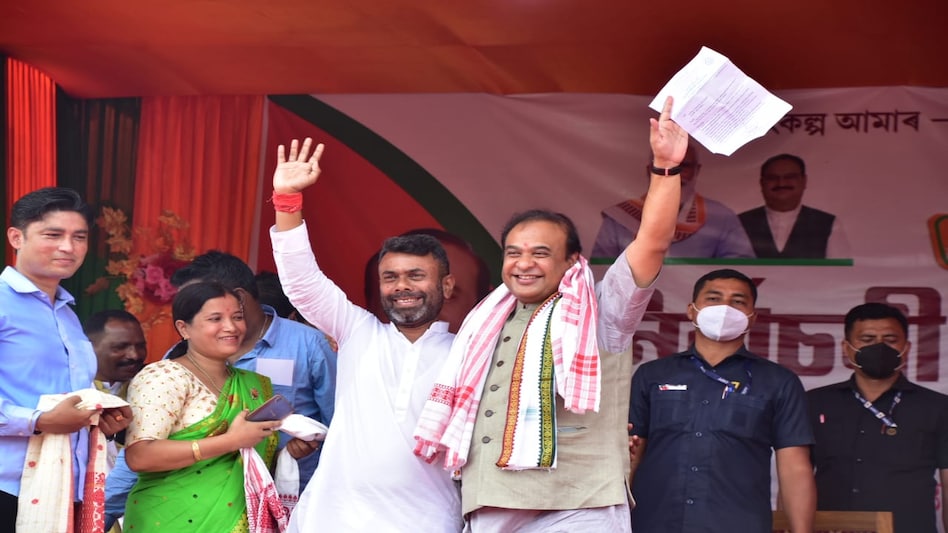 Speaking about the investments, Sarma said that BJP will stay in Assam for long.

"We have been working relentlessly and we will be working", he added.

While addressing the audience, the Chief Minister said that govt will bear cost of bleaching powder & electricity for clean drinking water in tea garden areas.

He added that electric meters will be installed in all households also Dibong Wildlife Sanctuary will be transformed into tourist destination.

"Unwavering trust of people in NDA was palpable at Dingapara Tea Estate & it sends a message to our opposition ~ people of Mariani will not fall for their political gimmicks. We're committed for development", he added.

We’ll make sure to upgrade all high schools to higher secondary schools.

"After we came into power, we hiked the daily wage of tea workers", he added.

He further talked about Naamghars. He said that no previous government worked for the welfare of the Naamghar.

He announced that, 7 new high schools will be set up in Mariani for Tea Garden workers.

An amount of 12,000 will be provided to Preganant tea garden workers at the time of delivery, he added.

6000 people of Mariani will be brought under Orunodoi scheme in addition to existing 15000, informed the Chief Minister.

A series of initiatives will be taken for benefit of tea garden communities like construction of roads & schools, piped water in every household, reservation in colleges, he added.

Speaking further, the Chief Minister added that all hospitals under ATC will be brought under & managed by NHM for better treatment facilities. Electric connections will be given to all households in Mariani constituency.