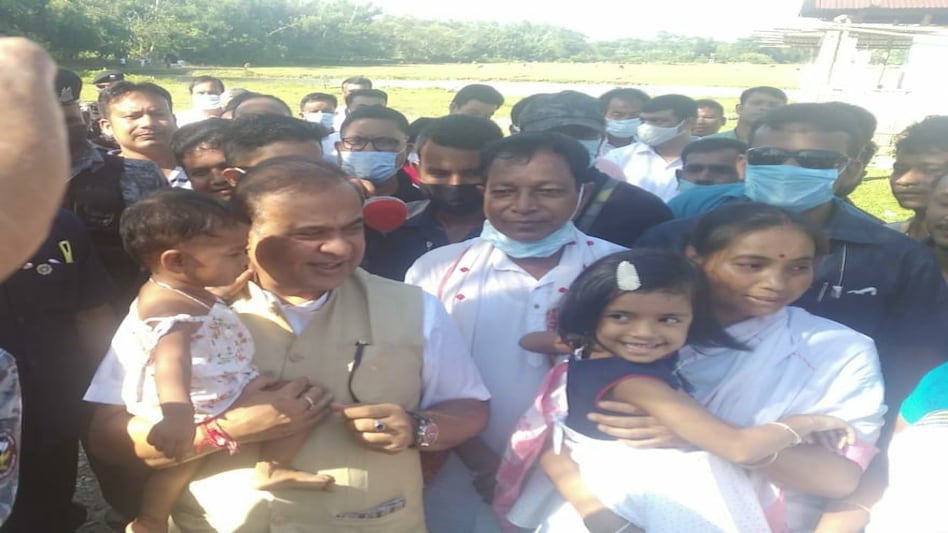 TAMULPUR: Ahead of the Assam assembly by-polls, Assam Chief Minister Himanta Biswa Sarma on Sunday urged the voters of Tamulpur constituency, to ensure a big win for Bharatiya Janata Party (BJPs) ally United Peoples’ Party Liberal (UPPL) for the all-round development of the constituency and the region.

The Chief Minister also spent time with kids at Kosubari village during his visit.

By-polls will be held for a total of five constituencies–Gossaigaon, Tamulpur, Bhabanipur, Mariani, and Thowra.

The UPPL has filed candidates for the Gossaigaon and Tamulpur assembly constituencies.

The Tamulpur seat fell vacant after the UPPL MLA from the constituency, Lehoram Boro, died of COVID-19 in May 2021.

The by-elections for the vacant Majuli seat, which was left vacant for the AJP, have yet to be scheduled because its representative, Union minister Sarbananda Sonowal, resigned from the assembly hours after the Election Commission announced the poll schedule.