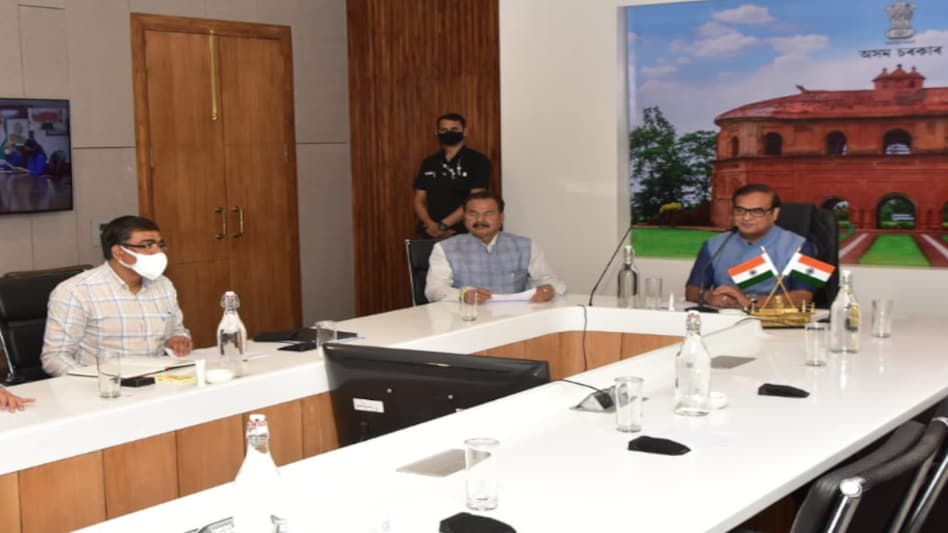 He also pitched for augmenting the infrastructure and expansion of air ports of Guwahati, Jorhat, Dibrugarh, Lakhimpur and Silchar.

Holding the meeting with the union minister at Koinadhora, the CM requested Scindia to build a heliport at Haflong the land of which would be handed over to the Ministry by the State government.

It may be noted that the heliport in Haflong will be in line with other heliports that will be built at Nagaon and Galeki and the modalities have been finalised and the construction work will start shortly.

Moreover, as a part of commitment of the State government for fast development of Karbi Anglong, Chief Minister Dr. Sarma also requested the union minister for a Greenfield airport in Karbi Anglong. He said that a strip of land measuring more than 3000 acres are available for the air port to be built.

CM Sarma also requested the Union Minister for his help in starting flight operations under UDAN scheme from Assam to other foreign countries.

Assam government would send a report relating to passenger catchment area for the Civil Aviation Ministry to start flight operations to foreign countries.