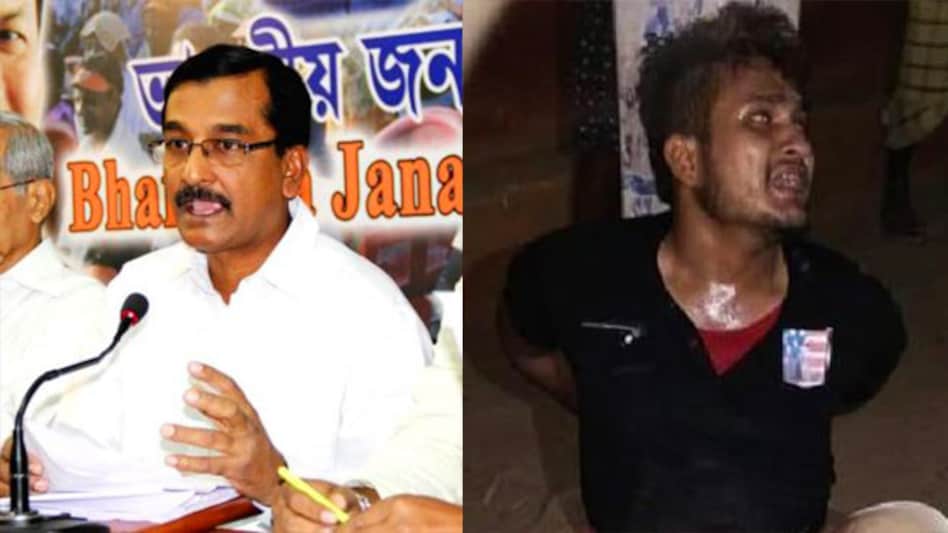 All Assam Students' Union (AASU) leader Lurinjyoti Gogoi during a protest against the Citizenship Amendment Act, continuing his scathing attacks on Chief Minister Sarbananda Sonowal, opined that the the former AASU President must be given an Oscar for his tendency to change colors.

Gogoi said that Sonowal's behavior has kept on changing ever since he was a leader of the AASU. According to Gogoi, Sonowal acted differently during his Illegal Migrants (Determination by Tribunal) (IMDT) time, and now, as the Chief Minister of the state, his behavior has again changed. Mocking the Chief Minister for his transformations, the AASU GS said that that Sonowal deserves an Oscar for his 'acting'.

The AASU GS further attacked the Assam Chief Minister for his silence over the deaths of the 6 youths who died during police firing during the rebellion against the 'CAA'.

Stating that Sonowal had not uttered a single word even 7 days after the 5 youths had been gunned down, Gogoi said that the BJP has only come out of the woorkworks to garner support for the 'CAA' under the guise of 'peace rallies', under cover of police, CRPF, and RAF personnel.

Kejriwal vs Himanta Biswa Sarma: Who runs better schools? The answer is here