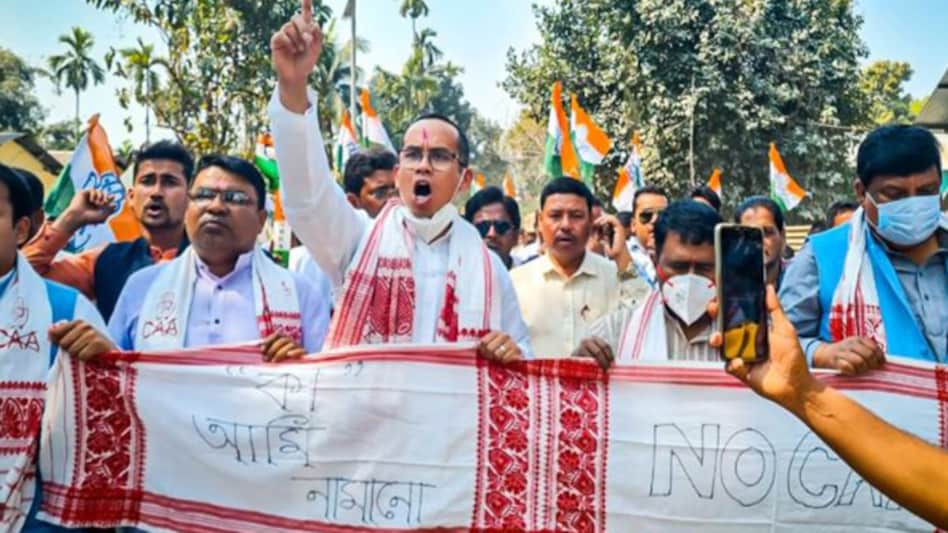 GUWAHATI: The Congress party has continued its pan-state agitation against the fuel price hike for the 3rd consecutive day.

"As if the economic disparities created by Sonowal’s government were not enough, the people now have to incur an added burden of bearing a personal cost for the consumption of petrol and diesel," read a statement issued by the Grand Old Party.

The leaders, while marking their dissent, raised LPG cylinders.

"The Party believes that this is just the beginning for the people’s movement, as this blatant display of apathy by the BJP-government is short-lived, under the inspirational perseverance of the common-man in Assam," the Congress further added.

Outreach Committee Chairman, Sushmita Dev, also showcased her disapproval against the price-hike, protesting with the people at Kalain Bazaar Petrol Pump, in the Cachar district of Assam

"As the chorus of the joint-protests,  in each and every district, only grows stronger, The Congress Party firmly believes that the relentless pursuit of the people, through immaculate, state-wide co-ordination, will yield results in poll-bound Assam and the people will be freed from the clutches of the anti-people Government," the party added.