District Food and Civil Supplies department seal one oil depot for allegedly sending fuel to the neighbouring state of West Bengal via oil tankers. The authorities of the oil depot have been asked to furnish documents with regards to sale and purchase of fuel via their depot. 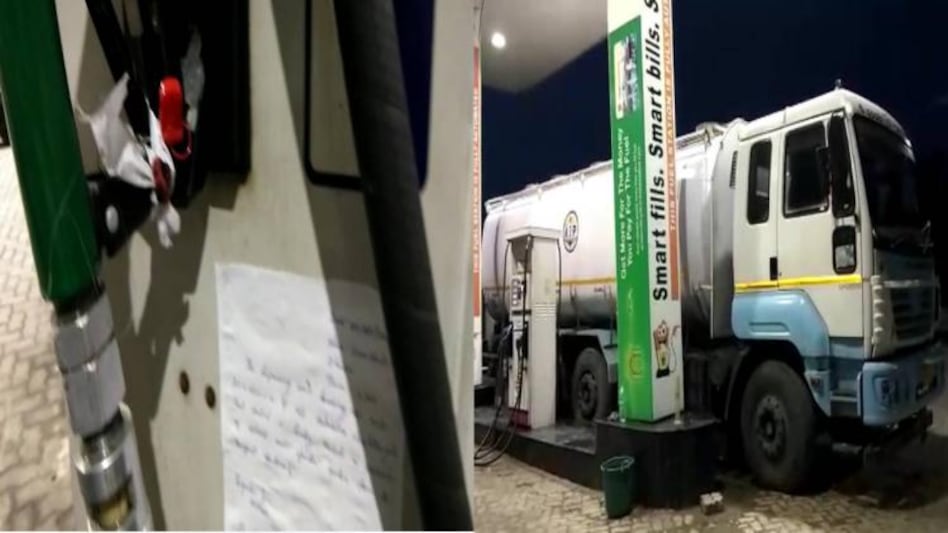 Dhubri’s Food and Civil supply department has sealed an oil depot at Halakura in Golakganj district for selling fuel to the neighbouring state of West Bengal in unauthorised manner.

The owner of the Shraddhanjali Fuel station allegedly sent oil to West Bengal via oil tankers.

District Food and Civil Supplies Officer Masi Topan arrived with his team upon receiving information about the unauthorised sale of oil, and seized an oil tanker with registration number WB 11E 7414, while it was being refilled with fuel.

However, the driver of the tanker manages to escape when the tanker was seized.

“We received information about the oil depot filling up oil in the tankers and selling them in West Bengal in unauthorised manner. When our team reached here today morning, we found that an oil tanker was already on standby, and oil being dispensed from one of the oil dispensers. We have seized the tanker and also sealed the depot for selling oil in unauthorised manner.”

“On questioning the authorities of the oil depot, we learnt that the oil is being supplied to coal mines in Bengal. At present we have not received any papers or documents with regards to sale and purchase of oil from the concerned oil depot. Further investigation is underway and a due process will be initiated after collecting all information with regard to the case,” added Masi Topan.

It may be mentioned here that the price of fuel compared to Assam is Rs 10 more per litre in West Bengal, which becomes a reason behind such unauthorised sale and purchase of fuel by oil depots.