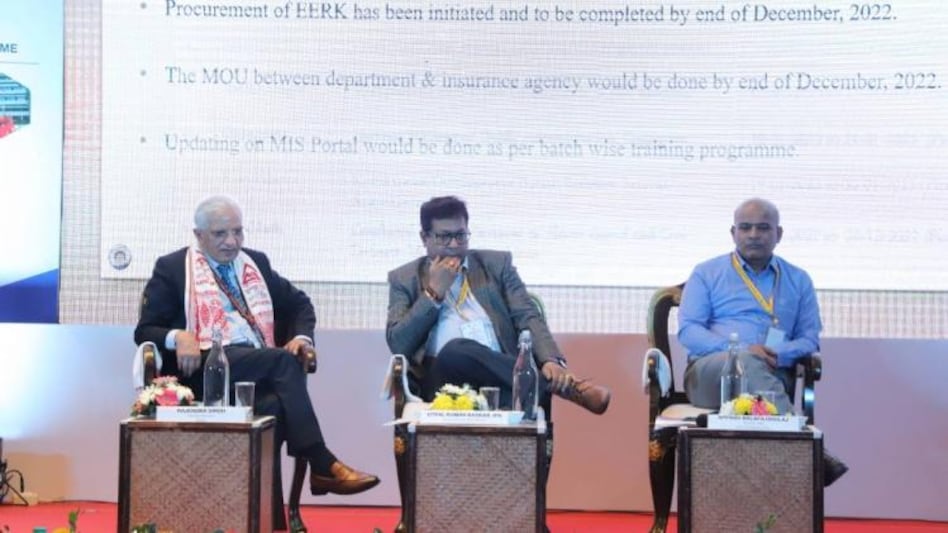 In the inaugural ceremony a theme song for Aapda Mitra was launched followed by three sessions categorised as North Eastern/Hilly States/UTs, Plain States/UTs and Costal States/UTs wherein the participating States under each category presented their best practices, challenges and success stories.

National Disaster Management Authority implemented a pilot project “Aapda Mitra” in 25 States/UTs covering 30 districts, targeting a pool of 6,000 community volunteers. In the pilot project over 5500 volunteers were trained. Based on the feedback from the States/UTs and the vision 2024 of the Govt. of India, National Disaster Management Authority (NDMA), Ministry of Home Affairs (MHA), Govt. of India is implementing “Up-scaling of Aapda Mitra Scheme” in order to train one Lakh volunteers in 350 districts prone to landslide, cyclone, earthquake and flood.

This scheme will be operational up to 31st March, 2023. This scheme aims to train volunteers with skills to respond to their communities’ immediate needs in the aftermath of a disaster.

Being at the forefronts, communities need to be capacitated to respond to threats themselves. It is for this reason that in the 7th Asian Ministerial Conference on Disaster Risk Reduction (AMCDRR) in November 2016, Prime Minister proposed a 10-point Agenda for DRR that covered issues, tools and approaches to address the critical challenges in achieving sustainable development objectives, focusing on local ‘disaster management system’, academic capacity strengthening and harnessing technological advances.

Following this, ‘Aapda Mitra Scheme’ was launched to introduce the concept of a ‘Local Disaster Management System’ within the community. The impact of trained volunteers in disaster response can be tremendous, as the extent of damage- in terms of economic and human loss is greatly influenced by the initial response to a disaster.