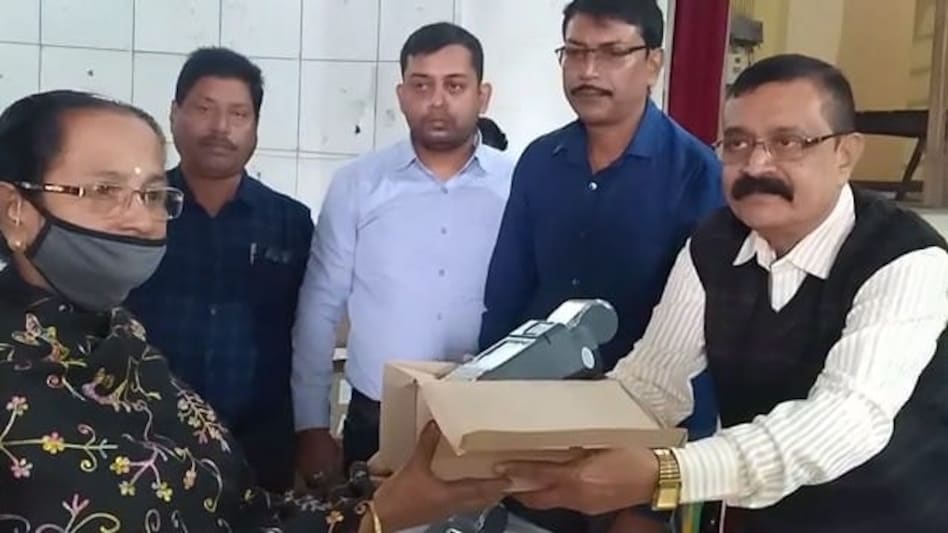 A total number of 980 electronic Point of Sale (ePOS) devices will be distributed out of which 60 ePoS devices being distributed under DWCCS and rest of the 500 ePOS devices are yet to be receive by the department stated by an official.

Bipin Chakraborty, DDS, Department of Food, Civil Supplies and Consumer Affairs, Dhubri said, we are introducing an e-POS device that are linked with Aadhaar cards of beneficiaries in the district. The introduction of the e-POS device, will become easy to streamline distribution of ration under Public Distribution System (PDS) and also can keep a tab on fake beneficiaries.

Chakraborty, added saying with this scheme people having ration cards can get free food grains from any part of the district fair price shop. The electronic Point of Sale (ePOS) device will be used at ration shops to promote transparency and reduce foodgrain leakages.

A person holding a ration card under the National Food Security Act (NFSA) can collect their monthly quota of food grain from any fair price shop under One Nation One Ration Card (ONORC) Scheme.