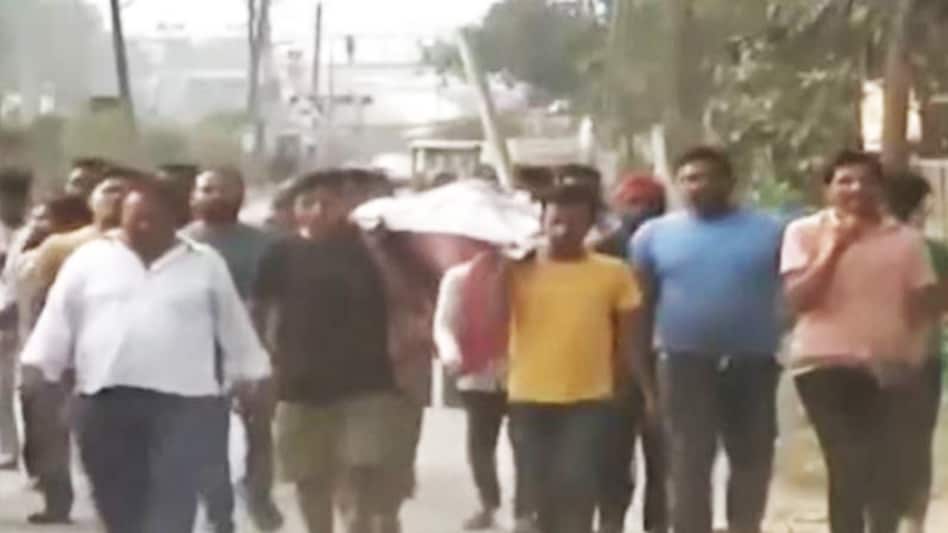 HOJAI: In a shocking incident reported from Assam's Hojai, a family performed 'mock last rites' of their daughter for marrying a man from the Islamic faith.

The daughter, who had eloped with a youth named 'Javed', was immediately disowned by the family who made an effigy and proceeded to perform 'last rites', complete with all the rituals.

According to reports, the woman got married to Javed after eloping. Although the family lodged an FIR and police were able to track her down, she refused to return to her father's house.

Following this, the woman's family declared her as 'dead' and proceeded to bid adieu to her with all customary Hindu rituals. Not only this, they are also holding an adya shraddh to commemorate their's daughter's 'demise.'

This incident, reported amid a 'crackdown' against incidents of love jihad, has created shockwaves in the community.

In related news, the BJP government in Madhya Pradesh on Monday introduced in the assembly a Bill that replaced an ordinance brought to check religious conversions through ‘marriage or by any other fraudulent means.'

ALSO READ: Ready to opt out of contesting polls for a united opposition: Akhil Gogoi

The Bill replaced the ordinance, cleared by the cabinet in December and promulgated in January, which had provisions of ten years imprisonment in some cases and a hefty fine for violators.

Home minister Narottam Mishra presented the Madhya Pradesh Freedom of Religion Bill, 2021, in the house. This is the first stage to enact a new law. Now, the Bill will be taken up for consideration.