News
Assam
Assam: Four villages washed away in the last two decades due to erosion in Dhubri

Gangadhar River completely washed away 4 villages and partly eroded more than 6 villages in the last two decades, displacing thousands of people from their own land 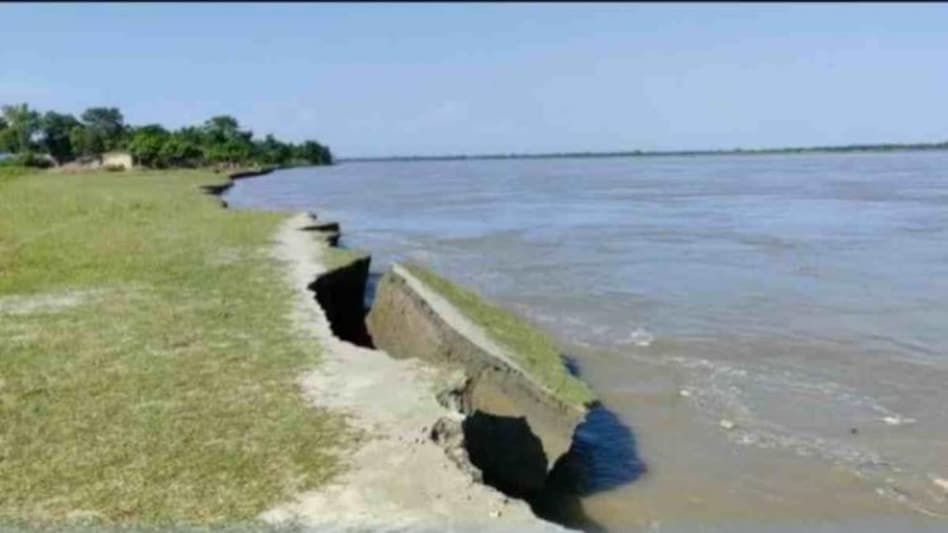 Binnachara Gaon Panchayat is a chicken neck, a neglected part of Dhubri LAC that lies close to Bangladesh's international border, as the Gangadhar River completely washed away 4 villages and partly eroded more than 6 villages in the last two decades, displacing thousands of people from their own land.

At present, there is a high risk of erosion along the border roads in Binnachara where more than 19,000 population lies, over ten thousand bighas of land in these areas has already been eroded which has displaced over 900 households and the erosion in this Indo-Bangla bordering areas this year has taken a furious form.

Many histories are going to vanish with a road over 100 years old Kanuri-Binnachara PWD road in the near future if the government fails to control the soil erosion, villages in these areas like Namagaon, Satirpar, Sarkar Tila, and Majer Gaon have no traces at all, while more than 6 revenue villages in these areas have one one-third to the three-forth land area left with them.

Not only private properties like houses and cultivation land but also many public properties such as schools and roads in these area has been eroded earlier.

Meanwhile, the area which also has the Indo-Bangladesh border and the fenced border here has also been eroded leaving an open barrier between both countries.

“River is the only border and leaving the area vulnerable for illegal immigration and border crime”, Moinul Hoque Bepari, former Anchalik Panchayat Member from the area. He also informed that due to these situations Section 144 of Cr PC is always infused in the villages restricting their movements.