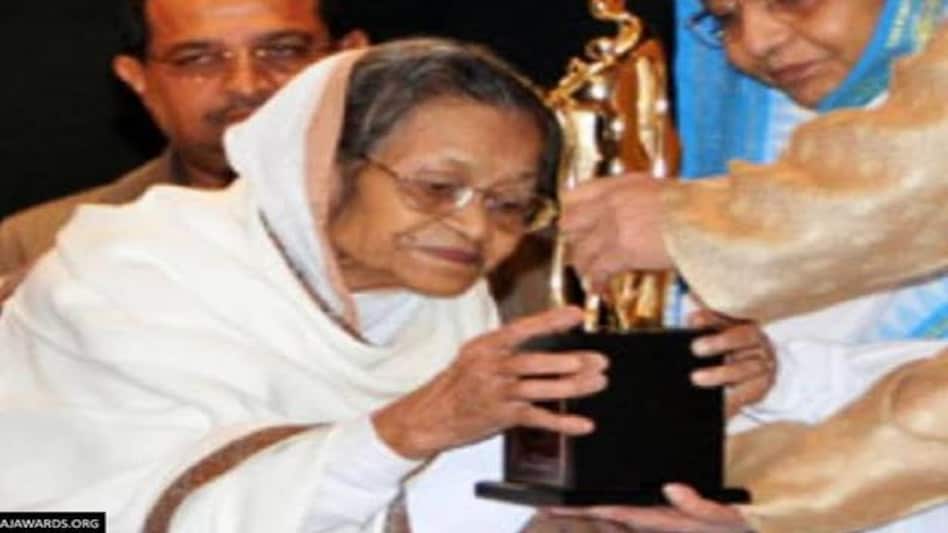 GUWAHATI: Assam's 102-year-old Gandhian Shakuntala Chowdhary, who was honoured with the Padma Shri this year, has died.

She was undergoing treatment for the last 10 years and died of old age-related ailments on Sunday night, her caretakers at Sarania Ashram here, which had been her home for decades, said.

Her body has been laid in the ashram for her well-wishers to pay their respects, and the last rites will be performed at Nabagraha crematorium here on Monday with full state honours, they added.

Prime Minister Narendra Modi condoled her death and said she will be remembered for her steadfast belief in Gandhian values.

"Shakuntala Choudhary Ji will be remembered for her lifelong efforts to promote Gandhian values. Her noble work at the Sarania Ashram positively impacted many lives," he tweeted.

"Saddened by her passing away. My thoughts are with her family and countless admirers. Om Shanti," the prime minister added.

"Her life was devoted to selfless service, truth, simplicity and non-violence at Sarania Ashram, Guwahati where Mahatma Gandhi had stayed in 1946. My prayers for her sadgati Om Shanti!" Sarma added.

State Cabinet ministers Keshab Mahanta and Ranoj Pegu laid floral wreaths on the mortal remains of Chowdhary at the Sarania Ashram on behalf of the government.

Born in Guwahati, Shakuntala 'baideo' (elder sister), as she was affectionately called, was a bright student who went on to become a teacher, and it was during her stint at Guwahati's TC School that she came into contact with another Gandhian, Amalprova Das, whose father had donated his Sarania Hills property for setting up the ashram.

Das had urged Chowdhary to join her to help run the Gram Sevika Vidyalaya and manage the Assam Branch of Kasturba Gandhi National Memorial Trust (KGNMT), following which she became the office secretary, entrusted with the task of running the trust's administration. She simultaneously worked as a teacher at the vidyalaya.

Chowdhary succeeded Das as KGNMT's 'Pratinidhi' (head) in 1955 and for 20 years she steered the mission witnessing many developments like the Chinese aggression, the Tibetan refugee crisis, the language stir of 1960 and she led her team to provide relief and succour to the distressed.

The highlight of her life was her close association with Vinoba Bhave and her active participation in the year-and-half long 'Padayatra' in Assam during the last leg of his famed 'Bhoodan' movement.

She was a part of his entourage and as an interpreter, conveyed his message to the people in Assamese.

Chowdhary's father had even wanted her to go and live at Bhave's Wardha Ashram, but her seniors at Sarania Ashram persuaded her against it as she had many responsibilities to fulfill in the state.

Bhave had also taken the initiative to promote Devanagari script among people of different linguistic groups along with their own script, and asked her to start a monthly magazine 'Asomiya Vishwa Nagari', which she edited till a few years ago.

Chowdhary was also at the forefront of the 'Ban Cow Slaughter Satyagraha' started by Bhave in 1978, the 'Stree Shakti Jagaran' and also served as a trustee of KGNMT at the national level.

The centenarian was always an avid reader, a book on Gandhi always rested on her bedside table, while walls were adorned with paintings and photographs, capturing memories of a few milestones of her illustrious life.