CM Himanta Biswa Sarma expressed his confidence that the PPP initiative will go a long way in enhancing medical education and research in the region. 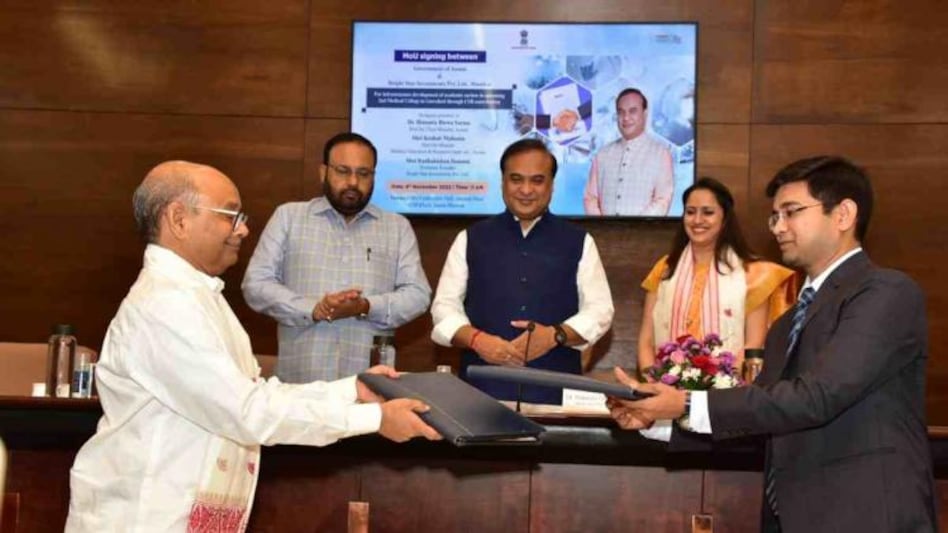 The government of Assam on November 4 signed an MoU with Mumbai-based company Bright Star Investments Pvt Ltd to set up a second medical college in Guwahati.

The medical college will be named Pragjotish Medical College. Notably, the Assam Chief Minister also announced that 24 medical colleges will be set up in Assam in the next 5 years.

Taking to Twitter Assam Chief Minister Himanta Biswa Sarma said that the Government of Assam has initiated several partnerships in PPP mode so that private and public players can participate in the process of development of the region.  He expressed his confidence that the PPP initiative will go a long way in enhancing medical education and research in the region.

Our Govt has signed an MoU with Bright Star Investments Pvt Ltd for infra devp of the upcoming 2nd Medical College in Guwahati.

I thank the company founded by eminent businessman & investor Shri Radhakishan Damani for its CSR contribution ₹150 cr for building the college. pic.twitter.com/CdDTqusEQg

Notably, in February, CM Himanta Biswa Sarma laid the foundation stone for the new medical college in the city.

On Thursday, CM Sarma made an important announcement during the inauguration of the year-long celebrations of AMCH's Platinum Jubilee in Dibrugarh.

The chief minister announced that the state government will provide Rs 300 crore for the medical college’s doctors’ and students’ residences.

Chief Minister Himanta Biswa Sarma said that the medical college will have two campuses. One at Mahendra Mohan Choudhury Hospital (MMCH) in Pan Bazar with 800 beds, 100 ICUs, state-of-art diagnostic facilities, a dialysis unit & 11 OTs and another in Kalapahar with 480 beds, 46 ICUs, 7 high tech OTs and will accommodate 450 students & 100 interns.