Assam Chief Minister Himanta Biswa Sarma today announced during his independence day speech that the government will withdraw one lakh minor cases, including social media posts, to help reduce the burden on the lower judiciary. 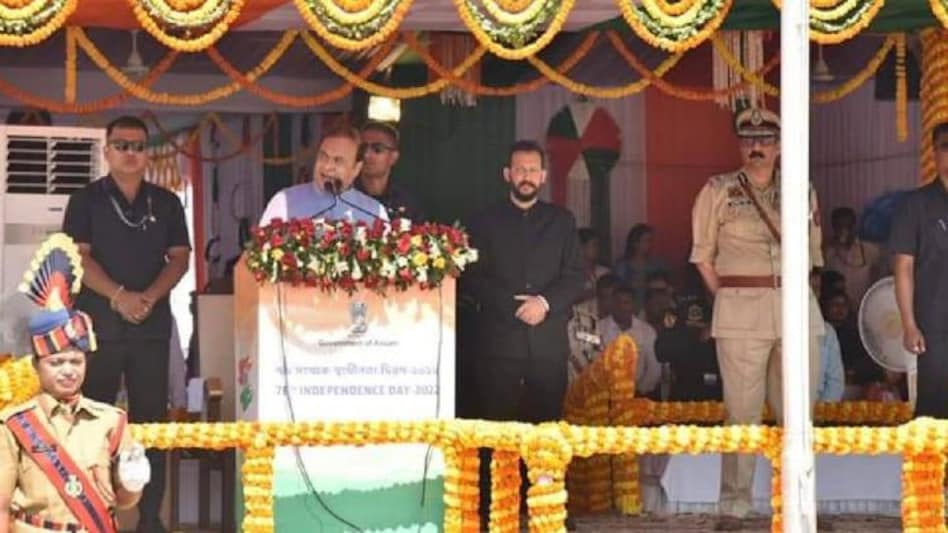 Assam Chief Minister Himanta Biswa Sarma today announced during his independence day speech that the government will withdraw one lakh minor cases, including social media posts, to help reduce the burden on the lower judiciary. The announcement came during Independence Day celebrations in Guwahati today.

The government shall file a petition with the judiciary requesting the withdrawal of all cases of mild nature, such as complaints filed against "offensive comments made on Facebook or Twitter, and which were registered till midnight of August 14, 2022. This will lessen the burden on the judiciary by nearly 1 lakh cases. Sarma said there are about 4.5 lakh cases pending in the lower judiciary. It is expected to expedite the justice delivery system, as the judiciary will be able to focus on cases of a more serious nature.

Most recently, the Guwahati High Court granted bail on July 21, 2022, to a 19-year-old student who was arrested from Golaghat in Assam two months ago under the Unlawful Activities (Prevention) Act for allegedly sharing an “anti-national poem” on Facebook, and also, Assam's Wushu player was in jail over a FB post supporting ULFA-I was later released on bail after two months on August 5, 2.
Furthermore, for the first time in Assam, including rural areas, the tricolour was flying high in every house during the 75th Independence Day celebration. Guwahati has witnessed a huge traffic jam despite the joint bandh called by Ulfa and NSCN. Assam has always witnessed blasts and deserted roads. People normally choose to stay in their houses during Independence Day and Republic Day celebrations, frightened to hoist the flag every year since the 90s.
Chief Minister Sarma today mentioned in his speech after hoisting the tricolour at the College of Veterinary Science playground in Guwahati, "This is perhaps after four decades, the people of Assam celebrated Independence Day peacefully and without any fear." I want to thank Ulfa-I for not issuing any such boycott call,"