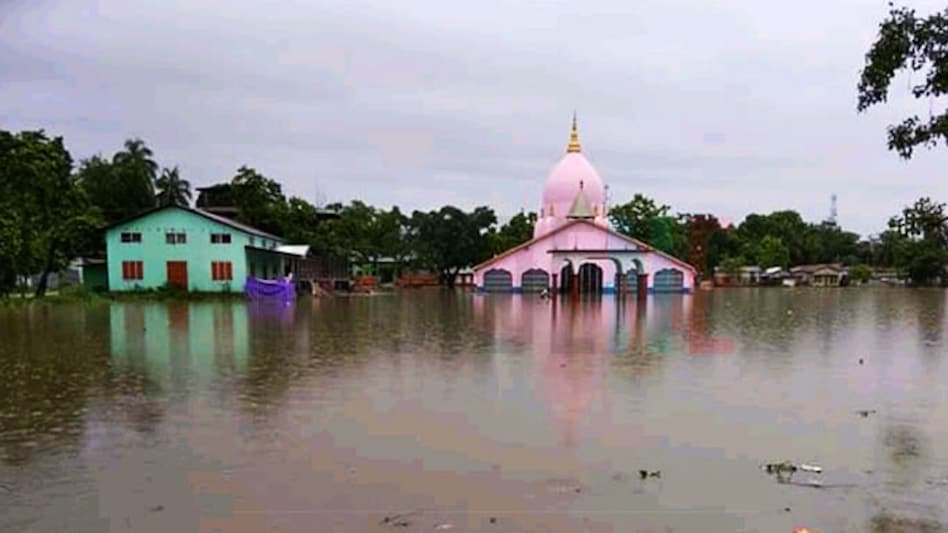 Clutching a picture of the presently incarcerated firebrand peasant leader Akhil Gogoi to her chest, a concerned granny in Sivasagar questioned why only the Gogois belonging to the Tai-Ahom community are being targeted by the Assam Government.

Addressing the media on the sidelines of a protest against the amendment of the Citizenship Act, the elderly lady questioned, "Krishak Mukti Sangram Samiti leader Akhil Gogoi...the Government has questioned Lurinjyoti Gogoi as the junior Gogoi, Akhil Gogoi as the middle Gogoi, and Tarun Gogoi as the senior Gogoi...have the Gogois only sinned?"

The unidentified grandmother further goes on to allege that Himanta Biswa Sarma and not the three Gogois are responsible and claimed that the Minister is involved in several corrupt practices and criminal acts.

The old lady, turning irate during the interview, further goes on to allege that Minister Himanta Biswa Sarma in the State, and Home Minister Amit Shah at the centre, are "ruining" things.

Akhil was arrested by Assam police in Jorhat on December 12, a day after the Citizenship Amendment Bill (CAB) was passed in Parliament on December 11, 2019, as a “preventive measure” amid anti-CAA protests. On December 13, Guwahati police registered a suo moto case against him.

The case was handed over to NIA on December 14, which booked him under the stringent Unlawful Activities (Prevention) Act (UAPA). Gogoi, along with his deputies Dhairjya Konwar and Bittu Sonowal, has been sent to judicial custody.