Reportedly, Guwahati's Air Quality Index was moderate while it turned poor on Friday. 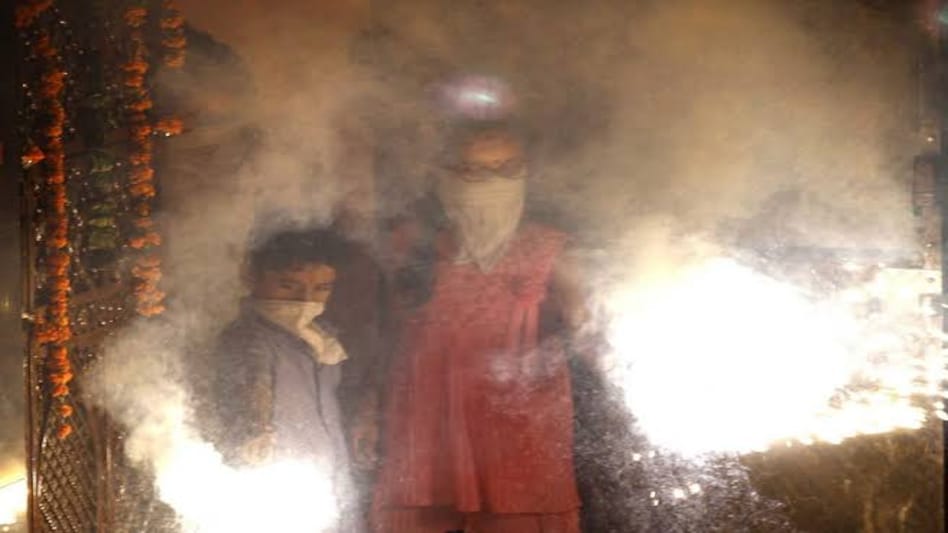 Reportedly, Guwahati's Air Quality Index was moderate while it turned poor on Friday.

Prior to Diwali, the Pollution Control Board of Assam had allowed bursting of Green crackers in the state for only two hours from 8PM to 10PM during the festival of Diwali.

In an official notification, the board had stated that the decision was taken as the Air Quality Index (AQI) in the state has been found to be moderate or below.

“The Air Quality Index (AQI) in all the cities/towns in Assam, including Guwahati, is moderate or below and therefore bursting of green crackers are allowed. Bursting is allowed for only two hours from 8pm to 10pm during Dipawali which is from November 3rd to 5th”, the notification read.

The board had further stated that bursting of green crackers during Chatth Puja from will be allowed 6Am to 8am November 10 and 11.

The board’s earlier decision to ban firecrackers during Diwali invited controversy after Chief Minister Himanta Biswa Sarma alleged it had issued a blanket ban on crackers in the state without consulting the state government.

Assam-Meghalaya will not cross the constitutional boundary of the states: CM Himanta Biswa Sarma

Assam: Silchar Central Jail to be transformed into a botanical garden, cycling zone