As their habitats shrinks, elephants are progressively forced into closer contact with people resulting in human-elephant conflict which ultimately leads to loss of life. 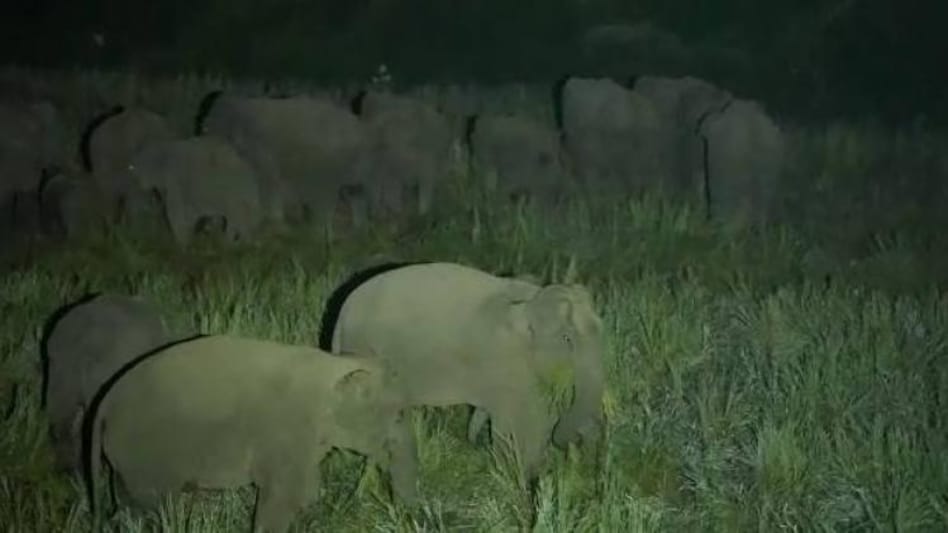 Human-elephant conflict is a major conservation concern in Assam. Expansion of human settlements and agricultural fields has resulted in widespread loss of elephant habitat. As their habitats shrinks, elephants are progressively forced into closer contact with people resulting in human-elephant conflict which ultimately leads to loss of life.

But, today, we have a very different and unique story where human and elephants are sharing common ground for food.
Yes, you read it right !
It’s been 9 days and a paddy field in Hatikhali-Ronghang village along the Nagaon-Karbi Anglong border witnesses a rare view of both men and elephants flocking together.

All thanks to nature-loving youth Binod Dulu Bora and senior citizen Pradeep Kumar, under whose leadership and initiative of the nature-loving organisation ‘Hatibandhu’, the organisation has entered its fourth year to provide food to the flock of wild elephant herd in an area of 250 bighas of land in the field with the support and cooperation of the villagers of Hatikhali-Ronghang village in elephant end of Karbi Hills.

Villagers are overwhelmed by the free movement of the elephants and are not at all worried about the jumbos entering the fields, as the genteel animal flock move around in their groups without harming the human areas.

For the past seven days, wild elephants have been eating paddy day and night but have created no menace thus allowing the farmers to cut their crops effortlessly. However, Dulu Bora plans to keep the wild elephants busy in the fields of Ronghang for the next two weeks.

It is worth mentioning here that a number of young men and women are now thronging the Hatikhali-Ronghang field to conduct research and collect information on this innovative plan of "Hathibandhu", which has been trying to prevent elephant-human conflict.

Dulu Bora plans to keep the wild elephants busy in the fields for the next one week.
If this special faming activity is concluded smoothly, it will definitely be a success story and a great example of how human-elephant conflict can be avoided and prevented without resorting to violence.