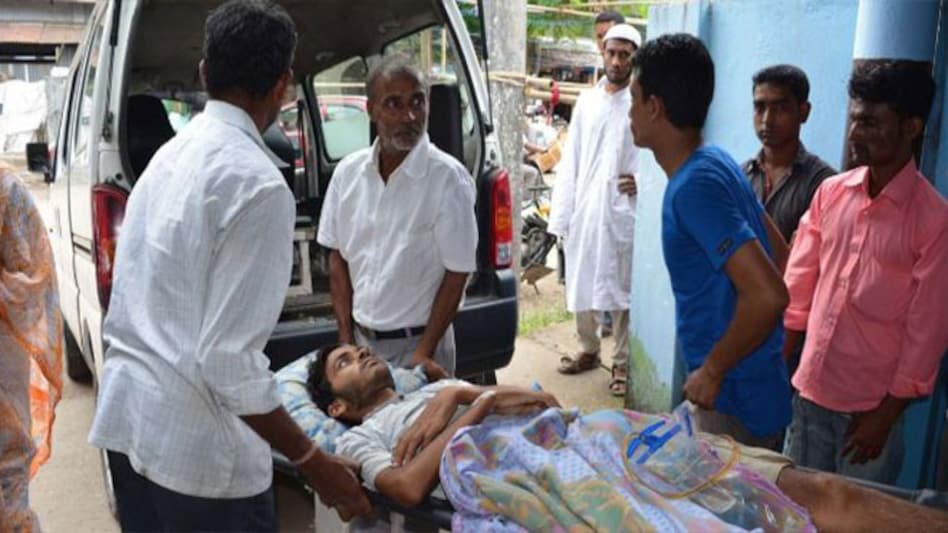 As of Sunday, the deaths caused by the deadly vector-borne disease Japanese Encephalitis (JE) have risen to 107 in Assam. The latest deaths were reported from Bongaigaon and Goalpara districts in the State.

For early transportation of the fever cases from the villages to the district Hospital or Medical Colleges, 108 Mritunjoy ambulances are earmarked. A total of 3,622 fever cases have been transferred to the health facilities during June 2019.

The Government of India plans to begin an adult vaccination programme across the state during the current year after the Japanese Encephalitis season is over.

“The situation in the state is under close watch and all preventive measures are being taken. Therefore to combat the situation, State has already put the following measures in place”, read the communique.

Further, it has been reported that 12.8 lakh Blood slides have been collected by a fever surveillance network of 2663 MPWs, 963 Surveillance workers, 80 MTS, and 30940 Asha workers.

It may be mentioned that the treatment and diagnostic cost at Medical Colleges and District Hospitals are being borne by the State.

A certain number of beds in all the ICU and wards have been reserved for patients with JE/AES in all district hospitals and Medical Colleges.

Central Control room number 6913347770/1/2/3 has been established to monitor the situation on a 12 hourly basis along with all kinds of patient support and feedback.

“Massive Vector Control measures are being taken at the state to curb the situation at present under the daily supervision and monitoring at the State Head Quarter and Directorate of Health services. A total of 108596 Insecticide Treated Bed nets (ITBN) have been provided with deltamethrine at the family level. All the Deputy Commissioners have been alerted and directed to step up the surveillance activities in coordination with the Panchayat and Urban local bodies along with strengthening of diagnostics and case

State monitors have been appointed to monitor and support the field functionaries in smooth handling of the season. All DCs and Joint directors of health department have been directed to step up vigil during the transmission season.

In addition to the above, many emergency measures are being put in place till 30th September 2019 by the State Government to overcome the situation.

A consolidated transport allowance of Rs 1000 shall be paid from the hospital management society on confirmation of the positive status of AES/JE to people who reach the hospital in their own vehicles.

Moreover, in order to ensure that AES/JE patients needing ICU critical care are not deterred from getting timely medical treatment, all costs of ICU care including hospital charges, drugs, diagnostics will be made free of cost to the patient at the point of care in all Government hospitals operating ICU facilities.

Rs. 1 Lakh per patient will be paid directly to the private hospitals where patients are admitted in ICUs.

Moreover,  special incentive of Rs.5/ per blood slide collected will be paid to the MPW, ANM , SW and ASHA as per the slide collection.

A dedicated help desk for guiding through, the suspected AES/JE patients will be set up in all medical colleges to ensure faster service delivery.

Any kind of emergency leave will be granted only with the prior approval of the Deputy Commissioner of the District. Unauthorised absence from the place of posting even after duty hours will be treated seriously amounting to criminal dereliction of duty.

All ADC health, JD, DMO in the district will compulsorily tour affected areas regularly along with visiting of at least 2 hospitals per week.

The Principal Secretary, Dept of Health and FW, Govt of Assam will hold a weekly review conference over VC with all DCs and JDs concerned to ensure the vigil continues

It may be mentioned that Japanese Encephalitis can be easily identified through symptoms like high fever with headache, and a change in mental status like confusion, disorientation with or without seizure.

by Mac Elisa Test and cerebra spinal fluid (CSF) of admitted patient with neurological sign and blood Serum. A total of 1,650 ELISA tests have been conducted in Assam out of which 159 are found to be Japanese Encephalitis positive.

Assam is ecologically favourable region for the spread of J.E. due to heavy rainfall, large paddy fields with big water body, piggery farming or domestic pig rearing almost throughout the state which support the virus propagation.

The signs and symptoms of J.E in early stage are similar to other fevers. High fever with headache and confusion are early clinical symptoms of JE. But as soon it reaches the brain, it may cause unconsciousness and seizures. So from onset of fever to the development of the Neurological sign is the Golden Hour in regards to safety of the patient. Delaying the treatment may cause more chances of fatality or disability. J.E has no specific treatment and only supportive treatment is required.