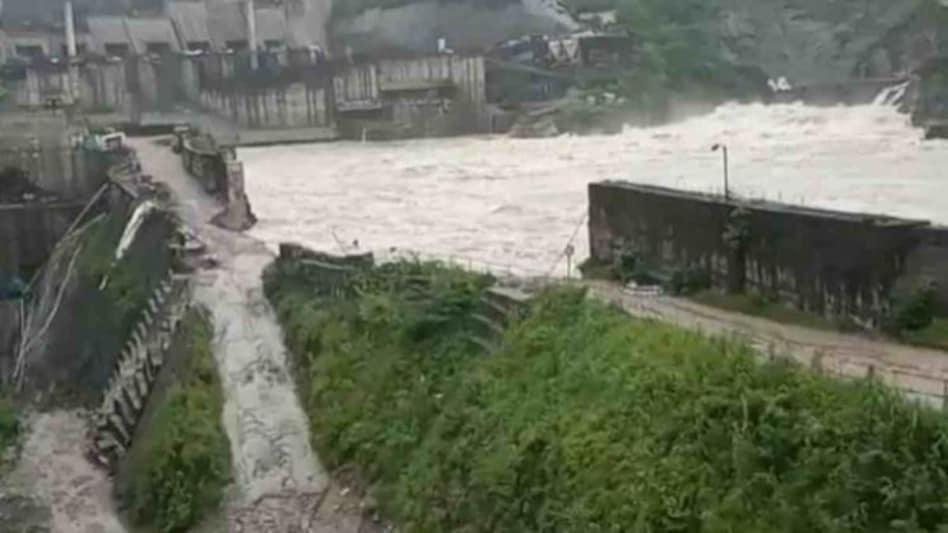 Protests were held in Guwahati and Lakhimpur on September 27 after the collapse of a temporary guard wall in an under-construction NHPC hydro-power project which led to the flooding of a powerhouse and damaging a diversion tunnel.

The Krishak Mukti Sangram Samiti (KMSS) supporters staged a protest in Guwahati while the All Assam Students’ Union (AASU) organised an agitation at Lakhimpur against the PSU, the Centre, and the state government alleging that the construction of the dam has been going on despite concerns raised by experts.

The protestors, who have been opposing the mega dam being constructed as part of the project at Gerukamukh, along the Assam-Arunachal Pradesh border, claimed that the recent damages prove that it posed a threat to the life and property of people living near the project site as well as downstream areas.

Notably, a portion of the temporary guard wall at the powerhouse of the 2,000-MW Subansiri hydro project collapsed on September 25 night after seepage started due to flooding of the Subansiri river, following heavy rain in upstream areas in Arunachal Pradesh.

The protestors also burnt an effigy of the NHPC and raised slogans that development at the expense of lives will not be tolerated. Construction work of the project on the Subansiri river was stalled from December 2011 to October 2019 due to protests by locals and other groups, fearing safety and downstream impact.

Notably, on September 23rd a diversion tunnel of the project was damaged due to landslides.

The company had constructed five diversion tunnels as temporary measures to divert the river for the construction of the dam foundation. However, tunnel 5 was blocked at the outlet in 2020, and tunnel 2 was blocked near the entry point on September 16 this year due to landslides.

Earlier in June, one person was killed and another seriously injured when the roof of Intact Tunnel 2 collapsed.
The Assam government in March this year informed the state assembly that partial commissioning of the ambitious project has been further postponed till August 2022.

The project is likely to be completed in August 2023, as per information on the NHPC website. In December 2020, the company set a target of March 2022 for commissioning the project at Gerukamukh.