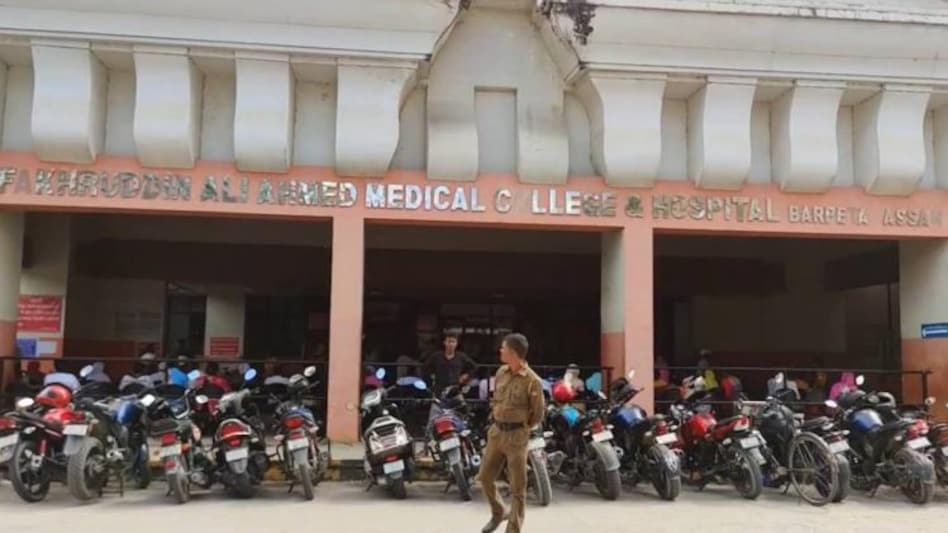 As per reports, the patient identified as Prakash Saha died due to the negligence of doctors at Barpeta Medical College Hospital.

Notably, Prakash Saha of Howly was injured in a road accident on Barpeta Road on September 22.

The family members with the help of police admitted Prakash Saha to Barpeta Medical College Hospital, however, the man died around 1.15 AM last night.

Meanwhile, the relatives alleged that the doctor did not pay attention to the request of family members to provide treatment to the injured person, resulting in the death of the victim.

Further, the kin of the victim alleged that the doctor even threatened the relatives.

Meanwhile, medical college hospital authorities allegedly levelled false allegations against a youth accompanying the ill-fated patient to cover up the whole issue after the patient died in the middle of the night due to the negligence of the doctors.

Notably, information about the youth carrying a gun has been provided by a staff member of FAAMCH, based on which, the youth was detained by the police, however, he was later released as no FIR was lodged against him.

It is to be mentioned here that the incident of detention of the youth by police without an FIR and the death of patients due to lack of treatment at Barpeta Medical College Hospital have triggered outrage in Barpeta.