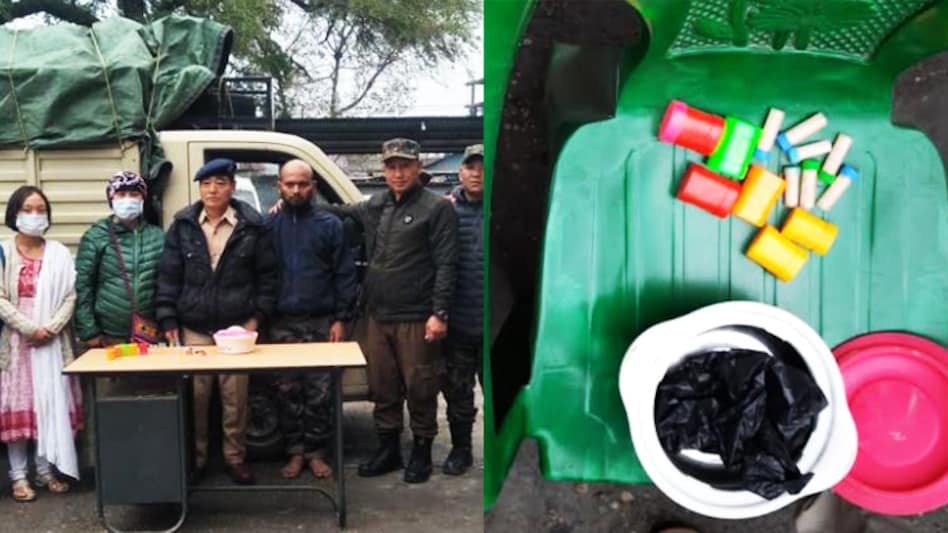 PASIGHAT:  Police in Arunachal Pradesh's East Siang district arrested an Assam drug peddler on Monday from Giidii Notko, a Monday market, and seized 5. 2 grams of heroin from his possession.

The peddler, Mafijul Hoque, hailing from Jonai in Assam, had been supplying drugs in East Siang district for quite some time now and had come under the radar of Women Against Social Women (WASE), who have been fighting drugs and another illicit substance menace in the district.

“Drug peddler Mafijul Hoque comes to Monday market of Pasighat as a businessman and he has been selling drugs to our youths here. Hoque has been on our watch for a long time and we wanted to nab him red-handed. We were able to do so on Monday after we received confirmed information that he has came into town with drugs”, said Joya Tasung Moyong, General Secretary of WASE.

The raid was carried out by Police, WASE, and Jering Matkir Society youths.

A case has been registered at the Pasighat police station under relevant sections of the law.

Meanwhile, the WASE has appealed to the general public including the youths to join the fight against the drug menace which has been ruining the lives of many youths of East Siang and neighboring districts.

"Anyone willing to pass on any tips off and information about the presence and selling or supply of drugs in the district may inform them or to the police at Pasighat Police Station to crack on the drug supply racket,' said a source in the WASE.