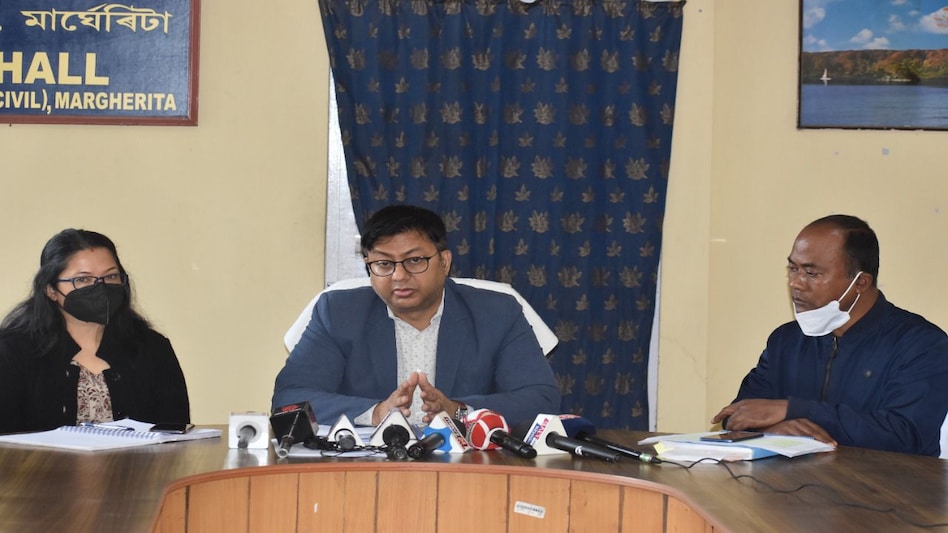 MARGHERITA: A meeting was convened on Monday in the Office of the SDO(Civil) Margherita concerning for the upcoming Municipal Elections schedule to be held on March 6 in Margherita.

The General Observer, addressed all the forty seven (47 Nos.) contesting candidates for 20 wards under Margherita Municipal Board and Digboi Municipal Board in the meeting.

Rahul Chandra Das, chalked out four essential points for all the candidates to take into consideration during the campaigning period, first free and fair election under any circumstances, second no corruption, third to align all the activities according to the Model Code of Conduct and fourthly to maintain the Expense register, as the expense amount cannot exceed the budget of Rs.31,200 per candidate as fixed by the Assam State Election Commission for all campaigning activities.

He further stressed about obtaining permission for any kind of campaigns, vehicles and to adhere to all the Covid protocols as per the Govt.

guidelines and not engage in any foul play during this period, failing to which actions will be taken under the Representation of the People Act, 1951, Disaster Management Act, 2005 and other legal provisions as applicable.

The General Observer wished all the candidates good luck for the poll day on 6th March and requested each one of them to co-operate with the administration so that harmony and brotherhood are maintained during the elections. Apart from the candidates, the meeting was also attended by Pranta Pratim Patra, Executive Magistrate (i/c) Margherita Municipal Board Elections, Aditi Neog,Election Officer and other administrative officials.